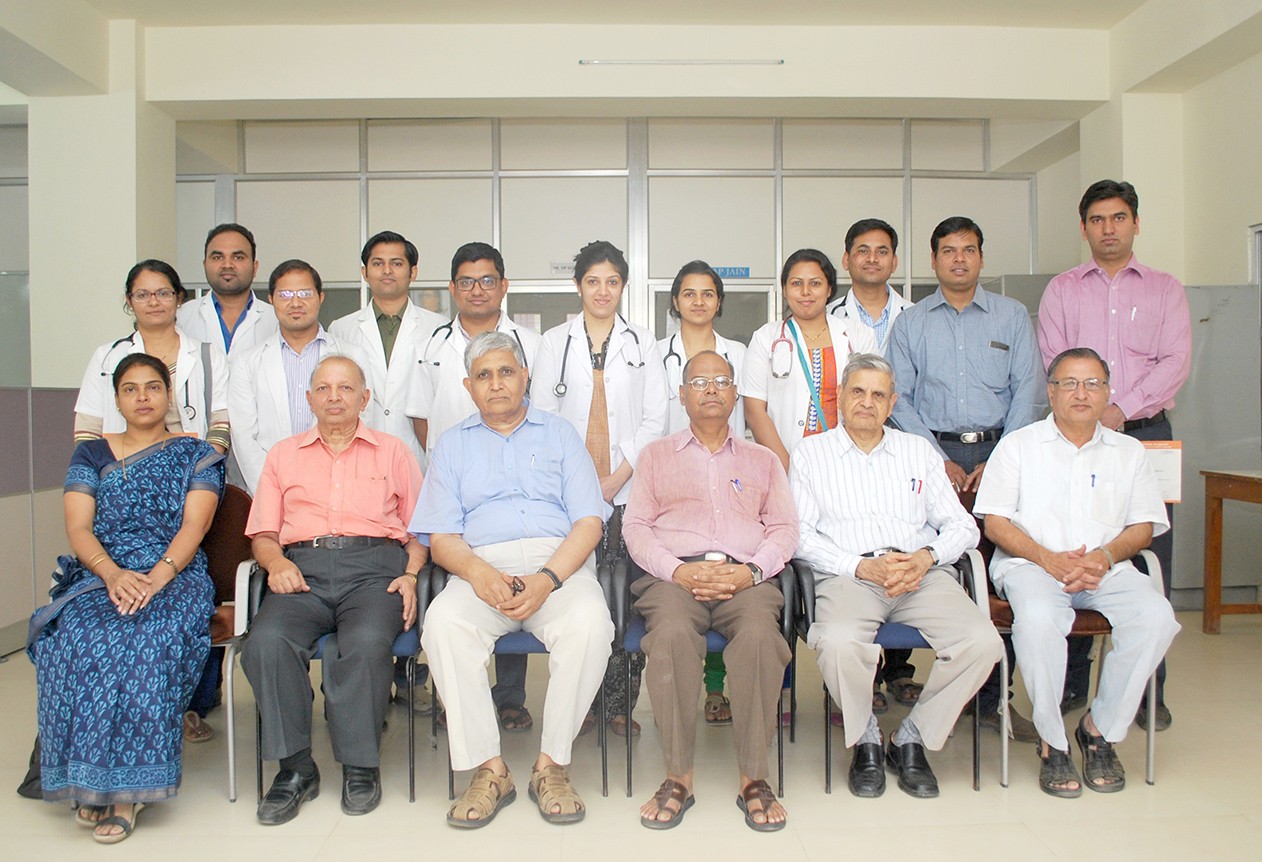 Department of medicine, under the able guidance of Dr A P Jain, Senior consultant and Emeritus Professor completes the successful conduction of Certificate course in Evidence Based Diabetes Management (CCEBDM), January 2015 session . The valedictory program, on 12th April, was graced by the presence of Dr B S Garg, Secretary Kasturba Health Society, Dr KR Patond, Dean MGIMS and other senior faculties of the institute.

“Diabetes a leading health hazard has been ever expanding since the discovery of the first index case. Contrary to the human belief that ' Diabetes is a disease of the rich and not the poor, of the urban and not of the rural ', the Indian subcontinent, with its major chunk residing in the villages has been falling prey to Diabetes. Currently, around 60 million Indians have Diabetes and its proposed by by 2030,India will have over 100 million Diabetics qualifying thereby to be called as the 'Global capital of Diabetes'”, said Dr Jain in his introductory speech of the program.

This training program formulated by Dr Mohan's Diabetes Education Academy – India’s well known Diabetes specialties center- is a contact program executed by integrated training approach towards Diabetes management and is collaborated by experts from varied specialties. It is recognized by the 'International Diabetes Federation' and the ' Public Health Foundation of India'. It takes into account a structured approach consisting of a thorough knowledge of relevant anatomy, physiology and other basic sciences regarding Diabetes followed by detailed analysis of the clinical picture and at last by management of diabetes and its related complications.

The first session was conducted in the department of Medicine, MGIMS and included 12 clinical modules consisting of subjective and pictorial data. This was enhanced with clinical case challenges. The first batch comprised of 16 candidates from different departments and was an admixture of resident doctors, medical officers and faculty. The candidates received their course completion certificate by the hands of dignitaries. Dr Jyoti Jain, Professor and Head of the Department of Medicine and also the recipient of the certificate expressed her content at the successful completion of the course by the department. She congratulated all the certificate holders and said, “The trainees, after taking such course feel more confident and apt in managing diabetes”. ” We plan to add more such programs which could help students to get an edge at higher platforms”, she added.