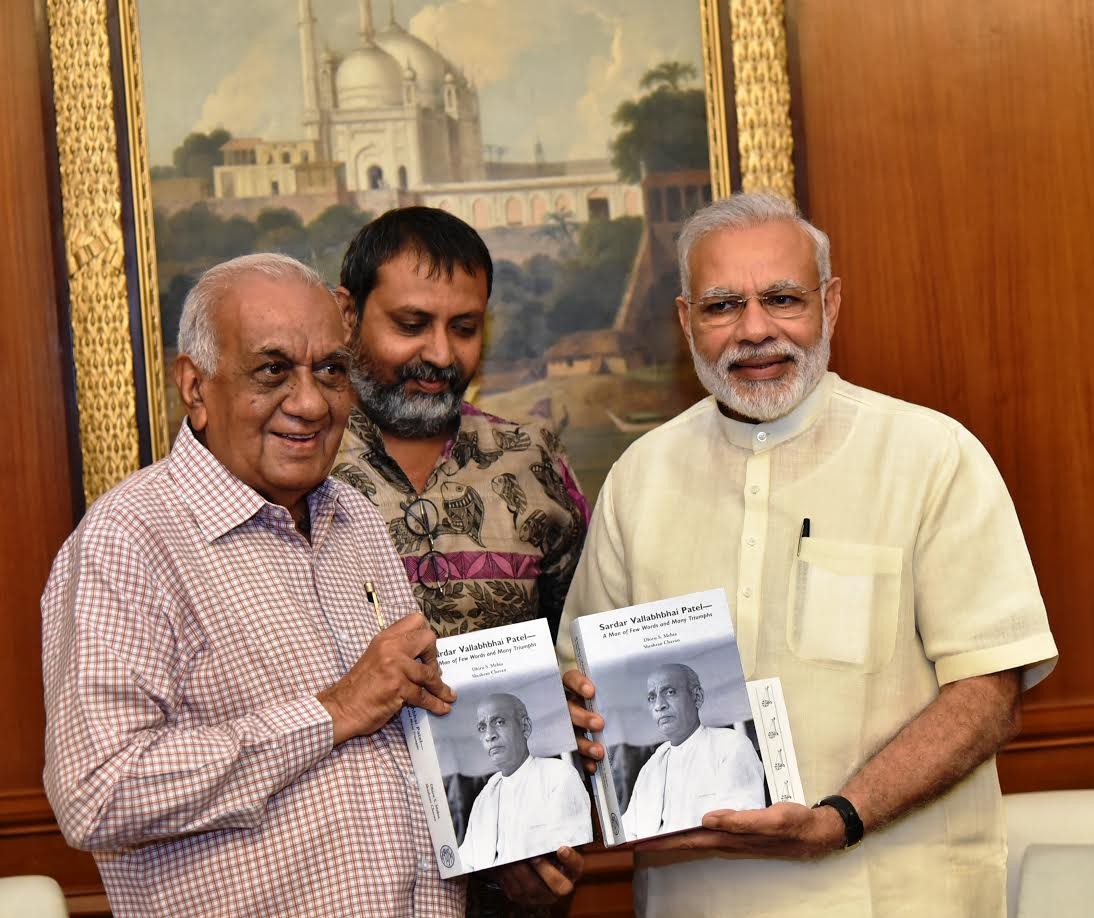 Prime Minister Narendra Modi on 13 July 2016 released a book – ‘Sardar Vallabhbhai Patel : A Man of Few words and Many Triumphs’. Authored by Dhiru S. Mehta and Sheshrao Chavan and published by Navjivan Press, Ahmedabad, the book provides a close-up portrait  of Sardar Patel. Acknowledged as the Iron Man of India, Mahatma’s Muscle Man, Lenin of Bardoli, Chanakya-cum-Bismarck and hailed as a sagacious statesman, Sardar Patel played an extraordinary role before, during and after India gained freedom. Not only did he prevent the British empire from tightening its hold over India but following the partition, he restructured the bureaucracy and integrated the princely States.

Between 1917 and 1950, he successfully led Kheda Satyagraha, took up cudgels on behalf of the farmers, played a pivotal role in Disobedience Movement, and handled the integration of the princely states. As the first Home Minister and Deputy Prime Minister of India,  his insight, wisdom, and diplomacy was evident in his strategies to build a united India.  Indeed, India that we see today, we owe in great measure to Sardar Patel’s skilled statesmanship and firm administration.

Sardar Patel looked upon Gandhiji as Bapu and Guru. Inspired by his thoughts, his work, and philosophy, he gave up his lucrative practice and chose service to the nation as his priority. He was also one  of the few leaders to see Gandhiji on the ill-fated day of 30 January 1948.