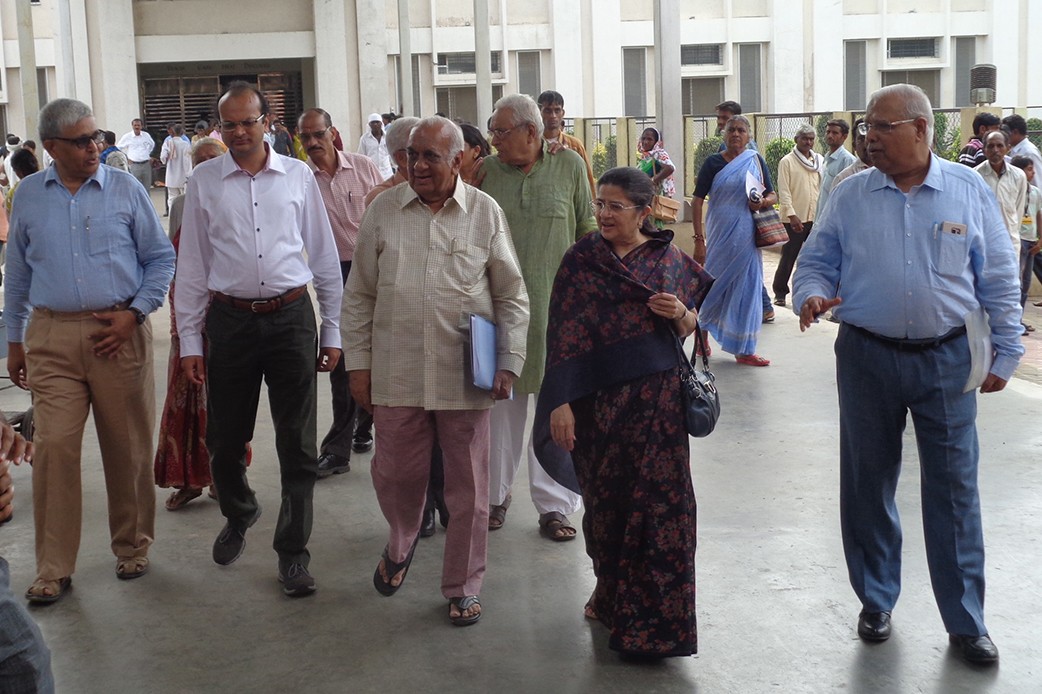 Mrs. Rajashree Birla visited Kasturba Hospital on 19 August 2016. Mr. Apoorv Nayan Bajaj, trustee of the Kamalnayan Jamanalal Bajaj Foundation accompanied her. The foundation is working with Carnegie Mellon University in villages of Wardha district to create a model of rural development for India.

Mrs. Rajashree Birla was conferred the Padma Bhushan by the Government of India for her exemplary contribution in the area of social work. Regarded as a role model in the CSR domain for her social work, she has made a difference to the lives of millions of people. She is also actively engaged with the NGO Population First, where the focus is to save the girl child and spread awareness against female foeticide.

Mrs Birla oversees the Aditya Birla group’s social and welfare activities: this work is spread across 3,000 villages and touches seven million people. The Aditya Birla Group runs 18 hospitals and 42 schools, and provides free education to a little over a third of the 42,000 children studying in these schools.

Mr. Dhirubhai Mehta, President of Kasturba Health Society welcomed her in the hospital and told her that the Kasturba Hospital was started in 1945 in Sevagram in a building donated by her grandfather-in-law, Shri G.D. Birla.

Dr. SP Kalantri, Medical Superintendent of the hospital, gave her a guided tour of the Medicine department, the intensive care unit, the Cath lab and the recently built operating rooms. She also saw the newly built Mother and Child wing.

Dr. Kalantri explained to her several initiatives launched by the hospital to make the healthcare more meaningful, affordable and accessible. He explained the rural insurance schemes, pro-people community based initiatives, low-cost drug initiative and how the hospital is blending the art of Medicine with modern technology.

As one who has conceived, designed and successfully commissioned Aditya Birla Memorial Hospital in Pune, Mrs Birla was impressed with the intensive care units and the cath lab of the hospital.  “I am truly impressed by the volume and magnitude of your work. I am also happy to see that efficient and judicious use of human and technological resources to improve the quality of healthcare,” she said.