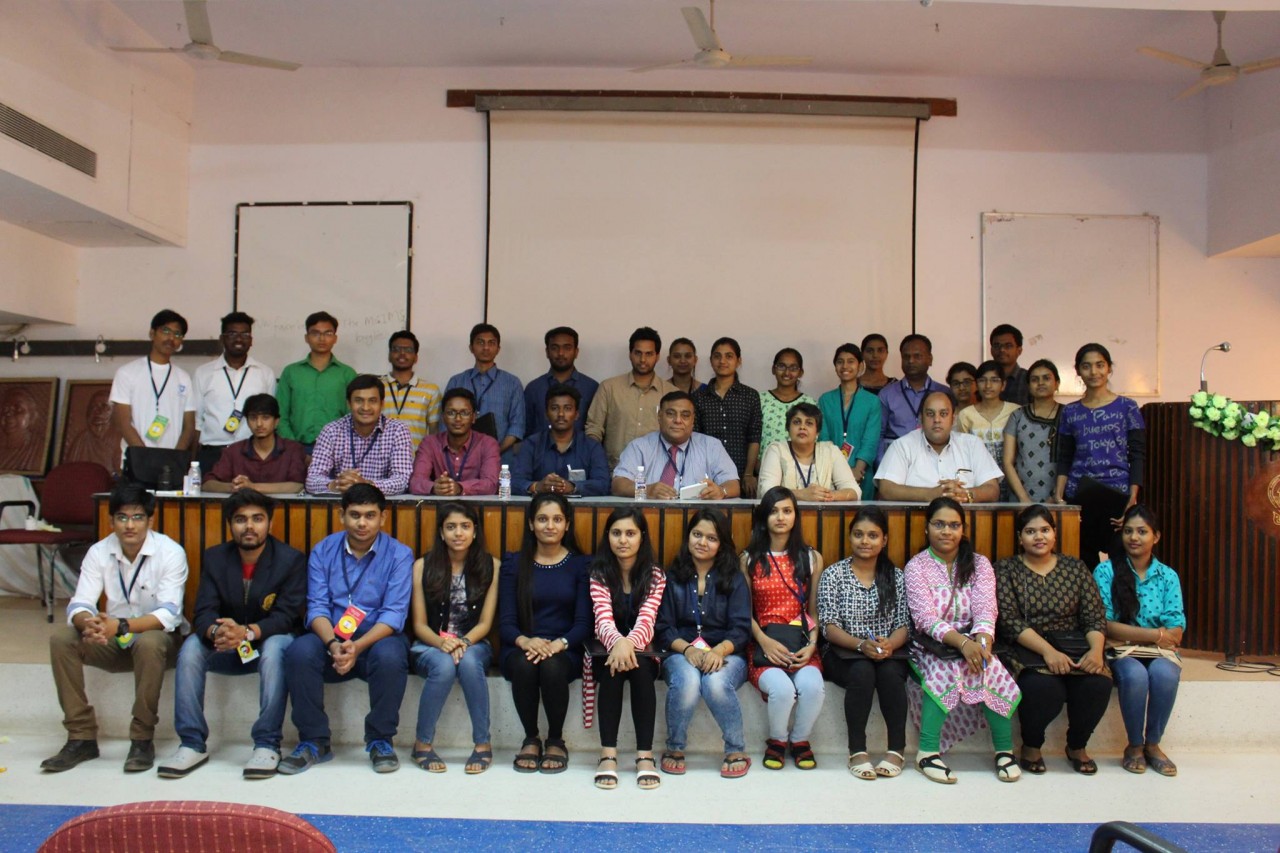 On 24th February 2017, the Mahatma Gandhi Institute of Medical Sciences (MGIMS) at Sevagram became a nodal centre for the UNESCO Bioethics Wing for teaching and training bioethics in the medical curriculum. Dr. Russell D’Souza, Head, and Chair of the Asia-Pacific Network for Education Science Technology and the UNESCO Chair in Bioethics (Haifa) from Melbourne, presented the writ of establishment of the centre to Dean Dr. KR Patond at the inaugural ceremony of ETHOS 2017. Dr. Samir Yelwatkar was appointed Chair of the MGIMS Bioethics Wing, while Dr. Jwalant Waghmare was appointed the Secretary. Dr. Shiv Joshi was nominated Student Chair of this wing, and Dr. Akshay Yadav was nominated as the Student Secretary. The Bioethics wing has been given the task of implementing the UNESCO integrated curriculum in bioethics in the MBBS course. The curriculum is designed in a manner that bioethics teaching will be woven longitudinally into every subject of the MBBS course.

ETHOS 2017—the first National Bioethics, Medical and Research Conference is being organized by the undergraduate students of the Mahatma Gandhi Institute of Medical Sciences from 24-26 February 2017. At the inaugural ceremony, Guest of Honour, Dr. Geethalakshmi. Honorable Vice Chancellor of the Tamilnadu Dr. MGR University of Health Sciences and Head of the UNESCO Bioethics Wings of Health Sciences Universities spoke eloquently about the four underlying principles of bioethics: autonomy, beneficence, non-maleficence and justice. She emphasized the need for discourse about contentious areas in health care, and said that the absence of clear ethical guidelines is like a nation without a constitution. Dr. Geethalakshmi also talked of the need to get the balance between over-regulation and under-regulation of biomedical research correct. Over-regulation would lead to stagnation of research, while under-regulation would lead to exploitation of patients.

Dr. Russell D’Souza talked about the Universal Declaration of Bioethics and Human Rights, which had been adopted by the 33rd General Assembly in 2005. He said India was one of the early signatories to the Declaration along with 198 member countries. The 15 universal principles in this Declaration have been incorporated in UNESCO’s integrated curriculum which will be taught to budding doctors.

The undergraduate conference was inaugurated by Chief Guest Dr. Ved Prakash Mishra, Chancellor of the Krishna Institute of Medical Sciences Deemed University (Karad) and Chairman of the Academic Council of the Medical Council of India. “There can be no better place than Sevagram to host a conference on bioethics”, he said. He talked about the need to transform human society into a more humane society. He underscored the influence of societal mores, customs and traditions on ethics, and went on to remind the audience of the Socratic wisdom of how the evolution of ethical values must be accompanied by emancipation. Throughout his talk reiterated how ethics can no longer be a matter of convenience.

Earlier, Dean Dr. Patond welcomed the student delegates to the conference and congratulated the organizing team for their enthusiasm and efforts. President of the Kasturba Health Society, Shri Dhirubhai Mehta reminded guests that MGIMS was the first medical college in the country to shun pharma sponsorship in the organization of academic conferences. No medical representatives are allowed to enter Kasturba Hospital and interact with doctors. Dr. Shiv Joshi, the young student Organizing Secretary of ETHOS 2017 delivered the vote of thanks.

Earlier that morning, five different preconference workshops were organized for the student delegates. The UNESCO Bioethics training team of Dr. Russell D’Souza, Dr. Mary Mathews and Dr. Avinash Dsousa conducted a workshop on ‘Identifying your Values’. Central to this workshop was the notion that the well-being and performance in one’s profession can be enhanced through an explicit framework of values that forms the basis for how one views oneself and behaves toward others. Mr. Ravi Ramaswamy from the Centre for Community Dialogue and Change, Bangalore, facilitated a lively workshop using Augusto Boal’s Theatre of the Oppressed format on “Breaking patterns: Creating change”. Medical students go through a grueling competitive course which leads them to lose some of their sensitivity and awareness. This workshop, through a series of games and theatrical activities helped ‘demechanize’ students and rediscover their potential to be more human in their interactions.

The Sevagram team of Dr. Subodh S Gupta, Dr. Smita Singh, Mrs. Ancy Ramesh, Dr. Vishakha Jain and Mrs. Neeta Shetye conducted a workshop on “Interprofessional Team Building”. Health care can no longer operate in silos and is essentially a team sport. This workshop was aimed at helping participants explore the characteristics of successful inter-professional teams, reflect on their own skills as team members and team leaders and discover how effectively they might function as part of teams. The facilitator team used different formats such as role-plays, reflections and case studies to deliver their key messages.

Dr. Kalyan Goswami, Dr. Amar Jesani and Dr. Rajnish Joshi conducted a workshop on “The politics of research publications”. While the pressure to ‘publish or perish’ looms large over the academia, this workshop encouraged students to publish in the right journals and avoid falling prey to the predatory kinds.

Drs. Abhishek Raut and Dr. Ashwini Kalantri facilitated the last workshop on “Community Innovations”. These teachers from the department of Community Medicine, MGIMS, gave students a birds’ eye view of the Sevagram model of community education. They accompanied students to Padegaon—a village 20 km south-west of Sevagram—and showed them how medical students learn in the field by working with anganwadi workers and ASHAs. Talking about these activities, Dr. Anshu, Coordinator (Workshops), said that each workshop was deliberately designed in an interactive and fun manner to deliver these important messages in a subtle manner, and yet leave an indelible impression on the young minds.

The conference proceedings will continue on 25th and 26th February 2017. The student organizers have lined up a series of fun and through provoking sessions on the conference theme: “Implications and applications of bioethics in current clinical practice and medical research”.