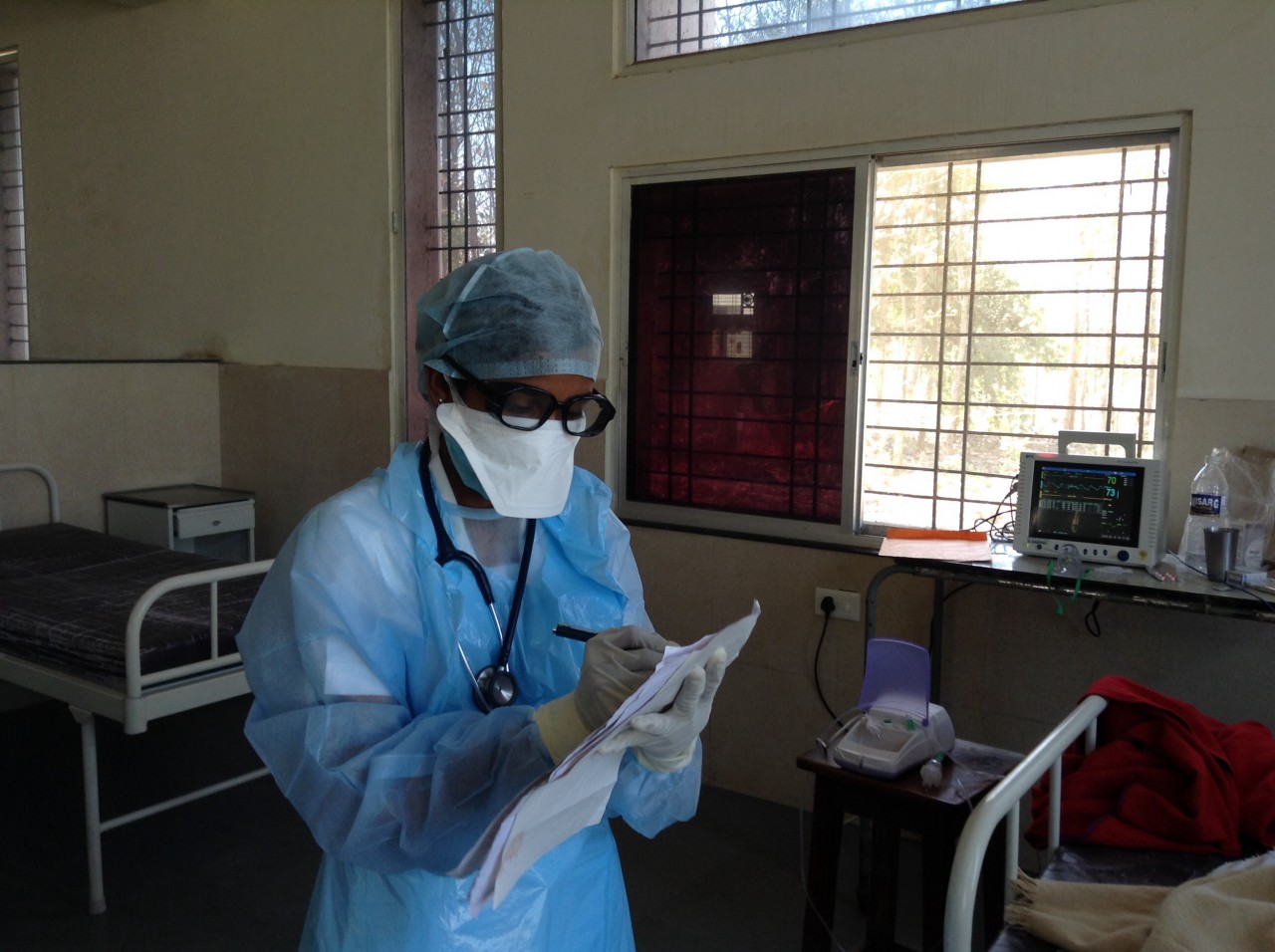 An outbreak of Swine Flu, a disease caused by influenza A virus (H1N1) that caused a pandemic four years ago has recently been reported from several districts of Vidarbha. Sevagram is no exception. The flu  is hitting the people particularly hard this season: according to the latest health ministry data, 6298 laboratory confirmed cases of H1N1 influenza A were reported across the country between January 1 and February 12. MGIMS has taken several proactive measures to contain the outbreak.

A screening OPD has been started in the registration OPD premises of Kasturba Hospital, where all patients sick with flu like illness are interviewed, examined, assessed and are offered either masterly inactivity, diagnostic testing, treatment or admission to the hospital.

The Ear-Nose-Throat (ENT) and the Microbiology department have teamed to collect samples of the suspected cases. Patients suspected to have swine flu have their nose and throats swabbed and the samples are sent to the regional laboratory at Indira Gandhi Government Medical College, Nagpur. The lab runs a reverse transcription polymerase chain reaction ( RT-PCR) test  that amplifies the RNA and thus detects the virus. Of the ten samples sent to the lab till 14 February, three were reported positive. The lab returns all test results within 48 hours.

Dr Bharati Taksande, professor of Medicine, has been identified as the nodal officer for treating all patients suspected or proven to have swine flu. An isolation ward equipped with mechanical ventilator, facilities for endotracheal intubation, pulse oximetry, multi-para monitoring, manned by dedicated residents and nurses and supervised by a physician has been created on the ground floor of the Medicine department building.

Anti-flu medications (oseltamivir in paediatric and adult doses) have been procured from the Civil Hospital, Wardha and healthcare workers at risk and patients either strongly suspected - or proven- to have swine flu are being administered a week-long therapy.

One hundred and fifty doses of vaccine have been procured and plans are afoot to administer vaccines to healthcare workers at risk of contracting swine flu.

Healthcare workers who came in close in contact with confirmed swine flu have also been given post-exposure prophylaxis with oral oseltamivir.

Interns, residents, faculty, nurses, orderlies and lab technicians have been educated about the correct and consistent use of face masks and respirators for prevention of swine flu. N95 masks have been procured and given to health care workers who are at higher risk of contracting swine flu from their patients.

The  MGIMS Swine Flu Nodal Officer collects the data from the isolation ward of the hospital at 9 am and shares it with the department of Community Medicine, which in turn electronically communicates with the civil hospital, daily. The team is in close contact with the district authorities for updated government guidelines on swine flu control.

The department of Community Medicine also prepared information brochures in Marathi, Hindi and English and circulated them in the institute, campus and schools in and around Sevagram. The department also plans to meet local schools  to brief them regarding everyday preventive actions children, parents and staff needs to take to contain the outbreak.