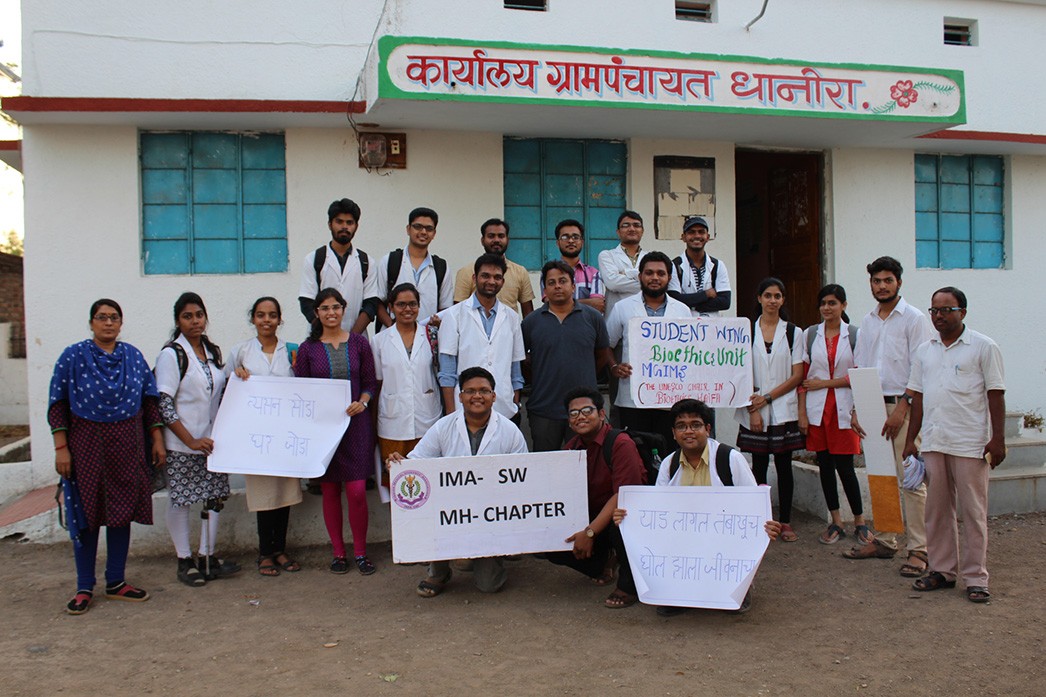 On 29th May 2017, the students of Mahatma Gandhi Institute of Medical Sciences, Sevagram hosted a four-part-anti-tobacco campaign in Dhanora, a village located 6 km away from Sevagram.

First, the students explained the villagers how smoking harms. A role play depicting the lives of three youth who succumbed themselves to the deadly clutches of tobacco addiction was performed. A local song on deaddiction added to the ambience of the street play.

Second, the students demonstrated the isolation of nicotine from the cigarette smoke using a practical and functional model of human lungs. The black coloured nicotine deposited on the tissue paper stigmatized the young spectators so much that one of them exclaimed, “Are Baapre itni gaanda chiz reheti kya cigarette me?!”

Third, two motivational talks suggesting the behavioural and physical changes in tobacco eaters were delivered. The villagers were also warned how tobacco eating affects their socio-economic status. One of the students shared his own experience with tobacco and it filled every heart with fear against this deadly evil.

Finally, a rally against tobacco addiction was held. Students, kishori Panchayat girls and even the locals of the village joined together and led the candle march. Slogans like “vyasan chhoda, ghar joda” filled the village atmosphere with disgust against this addiction.

The campaign ended with the distribution of silicon bands to the active participants of the village. Like last year, the motto of this campaign remained the same – “Even if a single person is freed from the deadly clutches of the tobacco addiction, our job is done!”