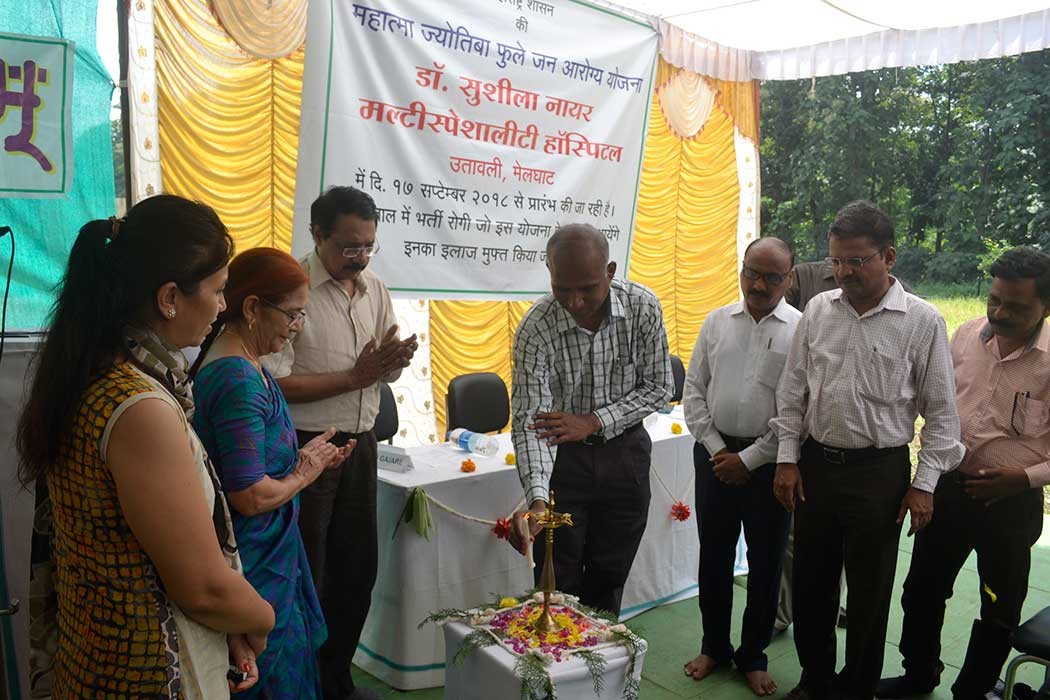 The Program started with traditional bhajan and blessings of almighty, Ba, Bapu and Badi Behenji (Dr Sushila Nayar) followed by welcome of chief guest and all other dignitaries.

Dr S Chhabra (Officer on Special Duty) welcomed everyone. She shared the hurdles in establishment of the multispeciality hospital in the tribal area of Melgaht and the  support and help provided  by  Shri S. Chockalingamji, (then  Divisional commissioner of Pune). She also acknowledged the support of health and administration department of Amravati, Divisional commissioner and  Collector, then and present DHO, CS. She also mentioned the support of Shri Dhirubhaiji and everyone from KHS and MGIMS, Sevagram.

Dr Nitin Gangane, Dean, Mahatma Gandhi Institute of Medical Sciences, Sevagram introduced the Chief guest, Shri Chockalingamji. Dr Gangane spoke highly about his many achievements, his work in humanitarian aid and how he successfully accomplished many large scale people friendly projects including better administration and about his interest in Gandhian ideology. Dr Gangane wished the camp grand success on his own behalf and the institute at Sewagram and Kasturba Health Society. Dr.Nitin Gangane felicitated the Chief guest.

Chief guest Shri S. Chockalingam inaugurated the camp by lighting the lamp. In his address, chief guest stressed the need of understanding the problems of the communities of the region and the need to provide to their needs. He also graciously inaugurated the implementation of the MJPJAY scheme of the Govt. of Maharashtra which is for the benefit of the poor and needy of the region. He also inaugurated the dental chair adding to all the facilities provided by this hospital. He wished the camp a grand success, assuring his help in every possible way. He also joined the administration in deliberations and gave suggestions for the betterment of the hospital.

Next monthly camp is scheduled on  17th December 2018. 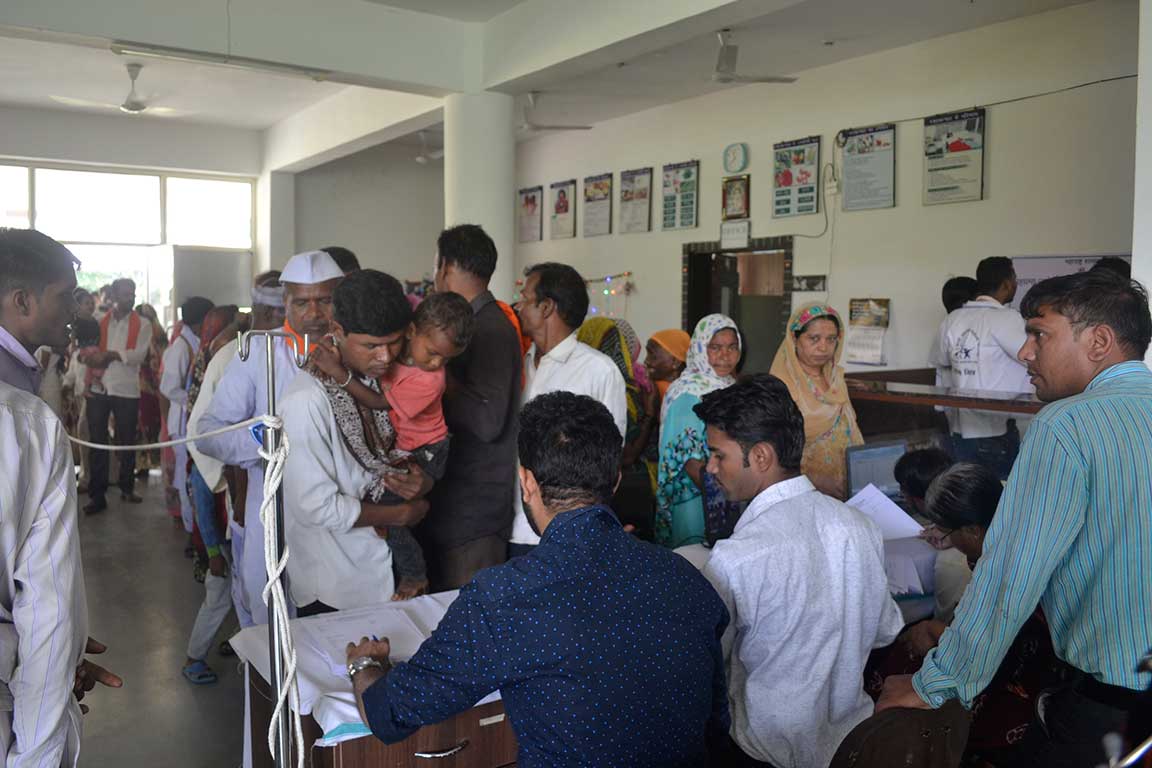