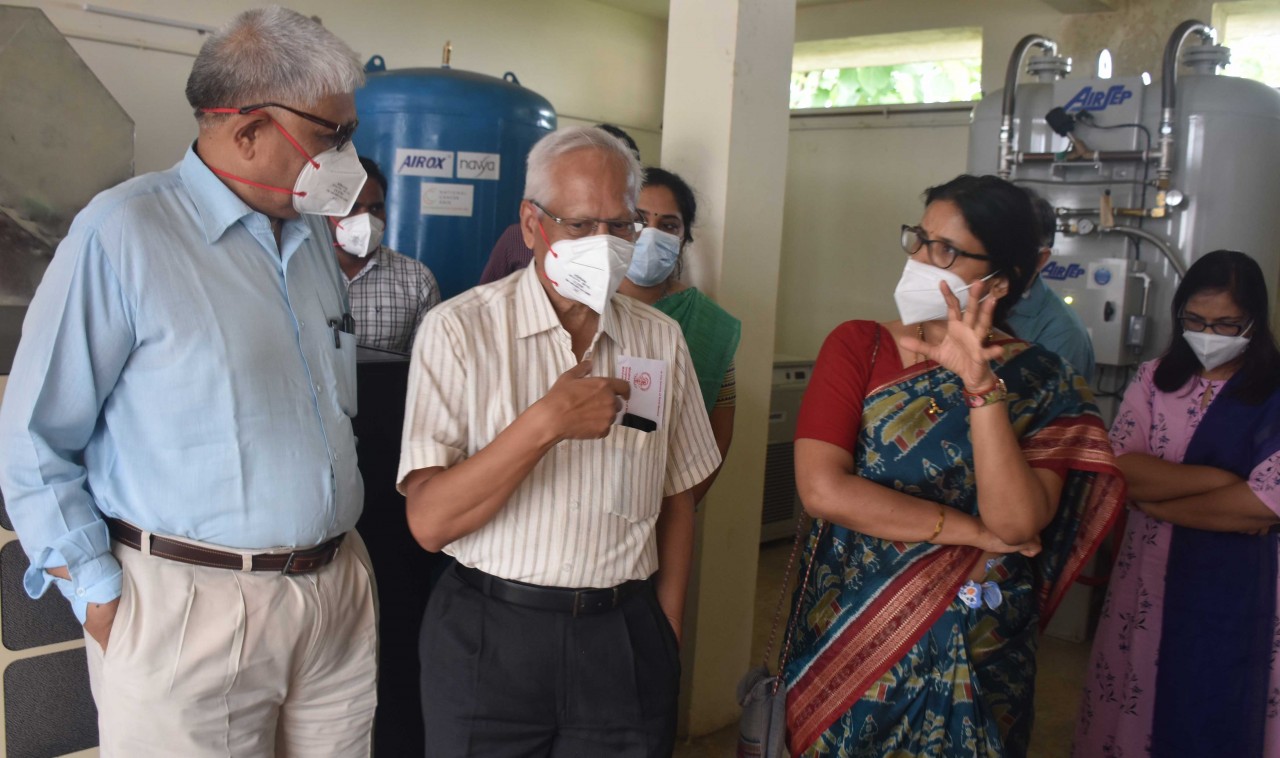 The summer of 2021 was the most dreadful time that India witnessed in the last few decades. The acute shortage of beds and oxygen led to a crisis in the hospitals—gasping patients waiting for oxygen and beds. The numbers of cases of covid-19—many battling with life-threatening hypoxia—had overwhelmed the hospitals, health workers, and people. The country was struggling, seeking oxygen generators, concentrators, liquid oxygen and cylinders. Hospitals lost oxygen and lost people. The unprecedented shortage of oxygen led to indescribable panic, misery and grief everywhere.

Sevagram was no exception.

In the summer of 2021, Kasturba hospital admitted close to 3500 severely sick Covid patients, a large proportion of whom arrived in the hospital with hypoxia. Although the hospital had installed a liquid oxygen plant only a month ago, in May the Covid crisis almost tripled the oxygen requirement of the hospital—30 cylinders every hour. With oxygen scarcity looming large over the horizon, the hospital was desperately looking for an on-site generator plant that would help it overcome the crisis.

It was during this time, when the Sevagram skies looked dark and gloomy, that TMC- NCG- Navya brought bright rays of light. It helped MGIMS get an oxygen generation plant that was to make oxygen equivalent to 120 cylinders per day.

Founded by Gitika Srivastava and Dr Naresh Ramarajan, Navya is known for its selfless work in Cancer for almost a decade. It teams with Tata memorial Center, Mumbai and National Cancer Grid to ensure that cancer patients have the best chance of cure and quality of life. TMC Navya was established as the online arm of Tata Memorial Centre (TMC) in 2014 to scale access to cancer expertise. In 2016 we became a part of the National Cancer Grid (NCG), a consortium of 200+ healthcare centers across India.

Navya moved heaven and earth to bring several oxygen generation plants in India- MGIMS is one of the nine sites to benefit from the philanthropy.

Navya raised funding from US donors and matched that funding with a grant from ACT grants, an Indian consortium of donors, to sponsor high quality AirSep plants of 420-619 litre per unit capacity at each of these sites. The donation came as a part of together4india.org campaign that garnered support from several national and international donors including NGOs, firms and individuals.

The oxygen generating plant arrived in Sevagram in June 2021. The plant, based on Pressure Swing Adsorption (PSA) technique came from AirSep, the US based largest manufacturer of oxygen generation plants with the longest experience setting up and operating plants in India.  As a supplement to the existing cylinder or liquid supplies, this plant shall provide 600 litres of oxygen every minute, and partly reduce the need for regular oxygen deliveries.

“Our first efforts to send 25 oxygen concentrators to the Tata Memorial Centre from the US has snowballed to bringing in 5,732 concentrators and setting up 9 Oxygen generator plants to help India breathe,” said Navya. “This was achieved due to the trust, confidence and unwavering support of the donors and partners who swung into action with their generous donations for together4india.org”, said Dr CS Pramesh, Director Tata Memorial Hospital and Coordinator National Cancer Grid.

“The oxygen plant is a sight for sore eyes. Kasturba Hospital was barely able to breathe when the tsunami of Covid hit us this summer. We cannot thank enough TMC- NCG-Navya for hand picking us as one of the many hospitals to receive an oxygen generator plant. Our doctors and nurses are now breathing easier, for they know that they will not have to struggle for oxygen when the hypoxic patients arrive in the hospital,” said Dr SP Kalantri (Medical Superintendent, Kasturba Hospital).

Team MGIMS and Kasturba Hospital expressed heartfelt thanks for the generosity of the TMC team. Consolidating efforts at TMC along with Dr. CS Pramesh, National Cancer Grid, Gitika Srivastava and Dr Naresh Ramarajan; Jaishree and Desh Deshpande, Neeru and Vinod Khosla; Rhea Mehta, together4india.org, ACT Grants Community Partners International, American India Foundation, The Boston Foundation, Give Back Foundation, General Catalyst, Battery Ventures and all others who played a key role in helping Kasturba Hospital get this precious gift. Many of them worked relentlessly to ensure the last-mile delivery of oxygen concentrators and generators across the country.