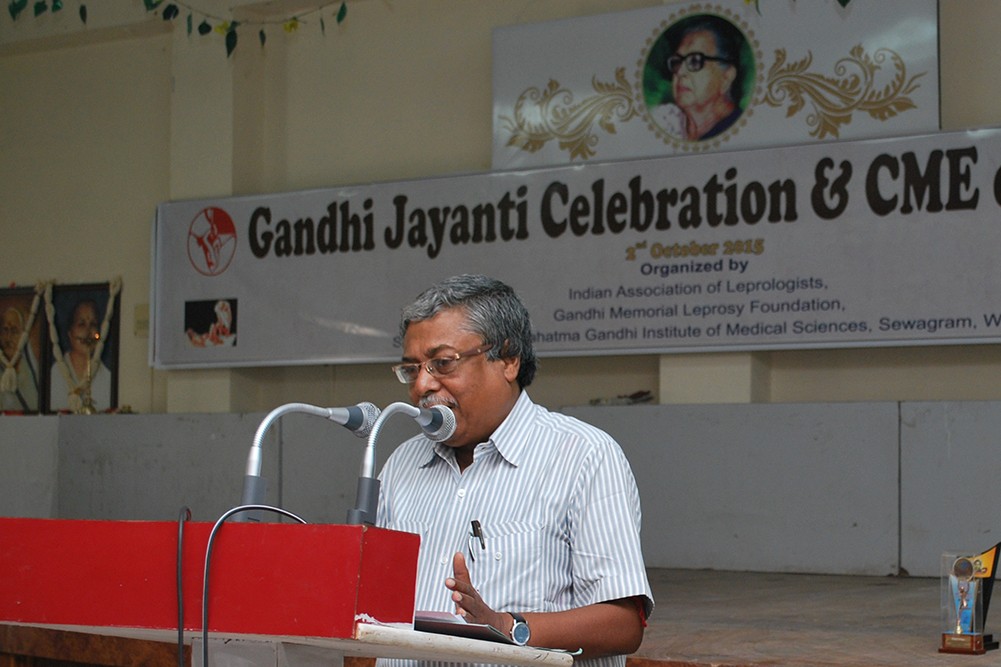 Some years later, in 1939, Parchure Shastri wrote to Gandhiji asking for his permission to come and stay in his Ashram at Sevagram and even before Gandhiji could reply, he had arrived. A neat cottage was hurriedly put up close to Gandhiji's; he nursed him and supervised his diet. Parchure Shastri lived there for two years and recovered sufficiently to act as a priest at a marriage ceremony in Sevagram Ashram in 1940, at Gandhiji's special request.

Leprosy was a key component of Gandhiji’s famous 18-point constructive programs. In 1951, Gandhi Memorial Leprosy Foundation was built to perpetuate and to give abiding shape to his interest in leprosy work. Gandhiji walked his talk: His passion for leprosy came straight from his heart. He didn't believe in preaching people; he did it himself to show people what they can do bring hope in the lives of leprosy victims.

On October 2, 2015, the Indian Association of Leprologists joined hands with Mahatma Gandhi Institute of Medical Sciences, Sevagram and Gandhi Memorial Leprosy Foundation, Wardha to organize a national CME on Advocacy in Community Health Care of People affected with Leprosy.

The audience comprised of the faculty members, medical and nursing students and the staff of Gandhi Memorial Leprosy Foundation, Wardha.