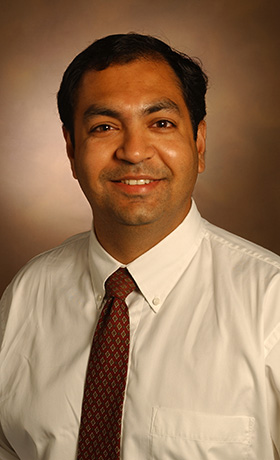 Dr Pratik Pandharipande MD, MSCI, an alumnus of the 1989 batch from MGIMS, is a Professor of Anesthesiology and Surgery, and the Chief of the Division of Anesthesiology Critical Care Medicine at Vanderbilt University Medical Center (VUMC), Nashville, TN, USA. After completing medical school at MGIMS in Sevagram, Dr. Pandharipande completed an Anesthesiology residency followed by a critical care fellowship at VUMC. To strengthen his understanding of clinical research, Dr. Pandharipande completed a Masters in Science and Clinical Investigation. Dr. Pandharipande’s clinical focus is on the management of critically ill patients in the surgical and burn ICUs. He is a National Institutes of Health (NIH) funded physician scientist, and as one of the Principal Investigators (PI) in the ICU Delirium and Cognitive Impairment Study Group at Vanderbilt, Dr. Pandharipande and his team’s research focuses on ICU-associated brain injury (manifested acutely as delirium and chronically as cognitive impairment), and interventions aimed at reducing this burden on patients’ quality of life after critical illness. After having demonstrated the iatrogenic role of commonly prescribed benzodiazepines in delirium through several highly cited publications, Dr. Pandharipande affirmed the hypothesis that changing sedation paradigms to alpha2 agonists as compared to benzodiazepines, improved patient outcomes (JAMA 2007). Dr. Pandharipande also served as a site-PI for the Study Group’s multicenter study examining the independent role of delirium and potent sedatives and analgesics in long-term cognitive impairment, mental illness and functional decline following critical illness (NEJM 2013), and as the PI on a 300-patient study evaluating the incidence, risk factor and outcomes associated with PTSD in veteran and civilian populations. Dr. Pandharipande is well published with over 80 peer reviewed manuscripts and has presented his research in numerous national and international meetings.