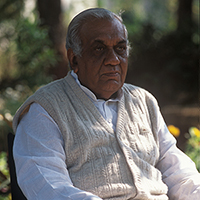 Shri Dhiru S Mehta is professionally a Chartered Accountant with specialization in finance, investment, taxation and corporate management. Has a long association with corporate world as director and advisor. Changed his course of life on reaching fifty. Devotes most of his time to voluntary work in the field of education, health care and up-liftment of women and children. Brings financial and managerial expertise with commitment to the institute. Also President of Kasturba Trust and Shivanand Mission, Gujarat. President, Kasturba Health Society since January 2001. 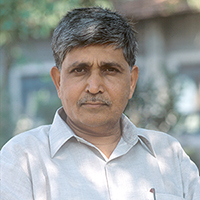 Dr BS Garg is Director-Professor in the Department of Community Medicine and Director of the Dr Sushila Nayar School of Public Health, MGIMS Sevagram. Also incharge of the WHO Collaborative Centre for Research and Training in Community Based Maternal, Newborn and Child Health. Awarded the best teacher award by MUHS, Nashik in 2006 and Commonwealth Medical Fellowship in 1989-90. Awarded more than 62 research grants from WHO, UNICEF, USAID, GOI, ICMR, INCLEN, NACO, Aga Khan Foundation, Population Foundation of India & UNFPA. Has served as consultant to WHO (SEARO), DFID USAID and various international and national agencies on issues of public health concern. Have published 2 books and 136 papers, was dean of the institute from 1-10-2010 to 31-07-2014, Secretary of Kasturba Health Society since August 2014. 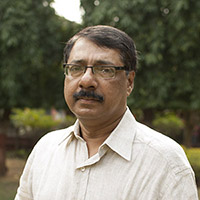 Dr Nitin Gangane is an alumnus of MGIMS. He passed his MBBS and MD (Pathology) from this institute and later completed DNB in Pathology and also Postgraduate diploma in hospital and health management. He is also PhD in Medical Sciences with orientation to epidemiology and public health from University of Umea, Sweden. He has been awarded Yamagiwa-Yoshida Memorial International Cancer Study Grant by UICC to work at International agency for research on cancer (WHO), Lyon, France and NIDCR/NIH, Bethesda, USA. He also received fellowship from Association of Nordic cancer society’s and Indian Council of Medical research. He has more than 120 national and international publications to his credit. He is a principal investigator in seven research projects and co-investigator in 12 projects. The projects are funded by international bodies like IARC, UICC, NIH, University of Umea and National funding agencies like ICMR, UGC, and DST. He is member of governing body of Indian council of medical research. He is also member of management and academic council of Maharashtra University of health sciences. He has earlier worked on Senate of MUHS, Nashik. He was president of Maharashtra chapter of Indian association of Pathologist and Microbiologist from 2006 to 2009.Dean of the institute since June 2018. 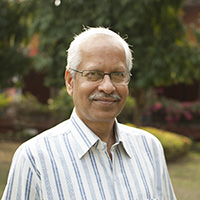 Dr SP Kalantri, MD, MPH is director professor of Medicine at MGIMS and Medical Superintendent of Kasturba Hospital. He obtained MD from Government Medical College in 1981 and joined MGIMS immediately. In 2004, he won Fogarty AIDS International research scholarship, and obtained MPH (Epidemiology) from the School of Public Health, University of California, Berkeley. At MGIMS, Dr Kalantri heads an internal medicine unit, teaches medical students and residents, conducts clinical research and manages the hospital. He successfully campaigned against sponsorship of medical conferences by drug industry and introduced low-cost drugs in the hospital. He also helped the hospital build a Hospital Information System that has improved the quality and management of clinical care. Dr Kalantri edited MFC bulletin (1989-92) and was associate editor of Indian Journal of Medical Ethics (2001-2004). His general interests include evidence-based medicine, medical ethics, public health, and information technology. His research involves collaboration with researchers from University of California, Berkeley and McGill University, Canada. He is also a part of a group from India that has won United Health Group- NHLBI funding to study the epidemiology of chronic diseases at primary and secondary level.