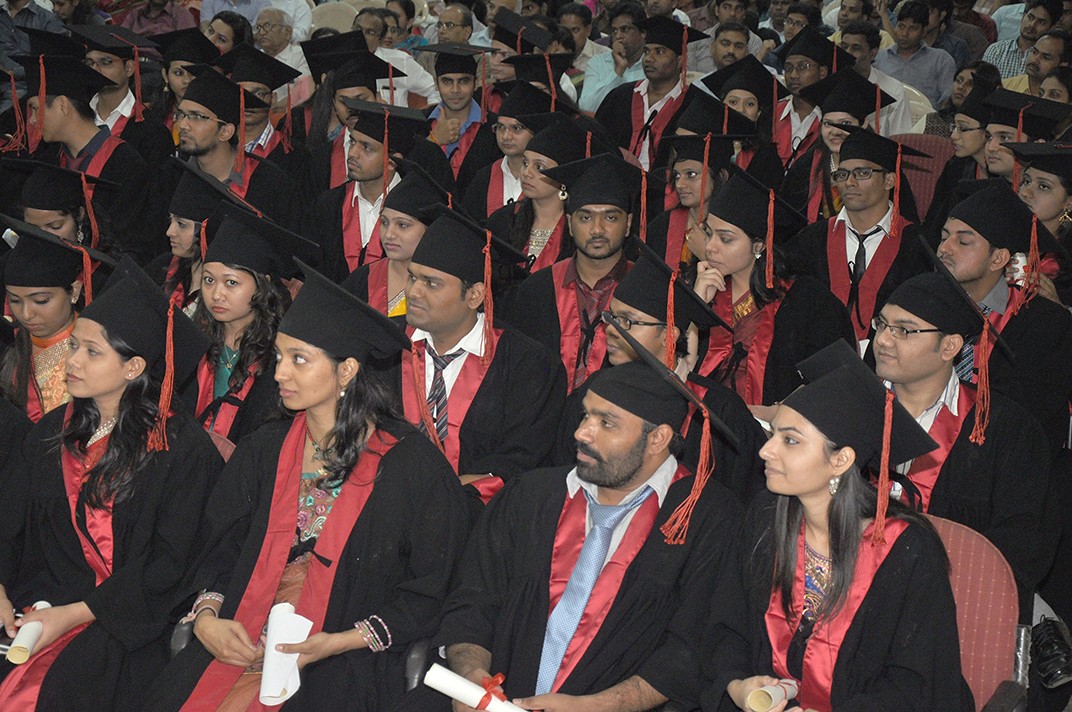 On 27 February 2016, Mahatma Gandhi Institute of Medical Sciences (MGIMS), Sevagram celebrated the culmination of years of hard work of the class of 2010 at the graduation ceremony and bade farewell to the class. Mr Jayant Banthia, a 1977-batch-IAS academician and the former chief secretary of the Government of Maharashtra was the chief guest of the function.

First ever convocation in the history of MGIMS, the ceremony happened to be the most cherished event of the year. The program began with an astounding entry of class 2010 in the auditorium. As graduates walked down the aisle to their respective seats, the caps and gowns added to the feeling of pride and satisfaction. Mr Dhirubhai Mehta (President, Kasturba Health Society) and Mr Jayant Banthia gave MBBS passing certificate to the 2010 batch graduates. They congratulated the students and wished them all the best in their professional lives.

The class of 2010 also swore to the Hippocratic oath attributed to the ancient Greek physician Hippocrates before their peers, family, friends and mentors. Dr SP Kalantri, Professor of Medicine at MGIMS, administered them the famous oath. The atmosphere was charged with emotions and excitement as the students donning graduation regalia recited the ethical code—adopted as a guide to conduct by the medical profession in the graduation ceremonies of medical schools, worldwide.

Mr Banthia spoke of the ethos and culture, traditions and ethics the medical profession is associated with. Doctors are considered incarceration of God, he said and reminded the medical students that they should not only demonstrate both humanistic care and clinical excellence but also bring humanity, compassion and empathy at the point of care. “You are raw diamonds right now, and once you are cut and polished during your training, you will emerge as the best brand ambassadors of MGIMS. You must strive hard to make your alma mater proud, “he said. “This is an era of information technology,” he added, “and the complexity of modern practice requires health professionals to be active information-seekers. He also quoted Mr Anant Phadke’s article from the 'Economic and Political Weekly (6 February 2016)' and said that the doctors and private hospitals must learn to be regulated and accountable. The medical profession must also decide what needs to be done to prevent and address the malpractices and abuses that are widely prevalent in the country.

Shri Dhirubhai Mehta (President, Kasturba Health Society), Mr PL Tapdiya (Trustee, Kasturba Health Society), Dr BS Garg (Secretary, Kasturba Health Society respectively) and Dr KR Patond (Dean, MGIMS) also spoke on the occasion. They attributed the graduation ceremony to the new beginning rather than an end and urged students to walk on the paths of ethics, moral and humanity. Dr Poonam Varma Shivkumar, the professor of Obstetrics and Gynaecology at MGIMS, represented the parents and expressed her gratitude to the institute for inculcating strong values in the students. Drs Payal Fender and Vedant Murkey represented their class and spoke eloquently on the role MGIMS played in shaping their personality and helping them become doctors their parents and the society would be proud of.

Dr Satish Kumar, In-Charge Students’ Council and the man behind the event, explained the genesis of the graduation ceremony and Dr Aditya Tarnekar, In-Charge cultural programme, proposed the vote of thanks. A teary-eyed mother put it so aptly, “This year’s graduation ceremony was a much eagerly awaited event and it was heart-warming to see all the graduates proudly celebrating their achievements with their families, friends and teachers. These achievements bring hope to families – hopes of a better future, hopes of career prospects, and hopes of contributing to the upliftment of communities.”