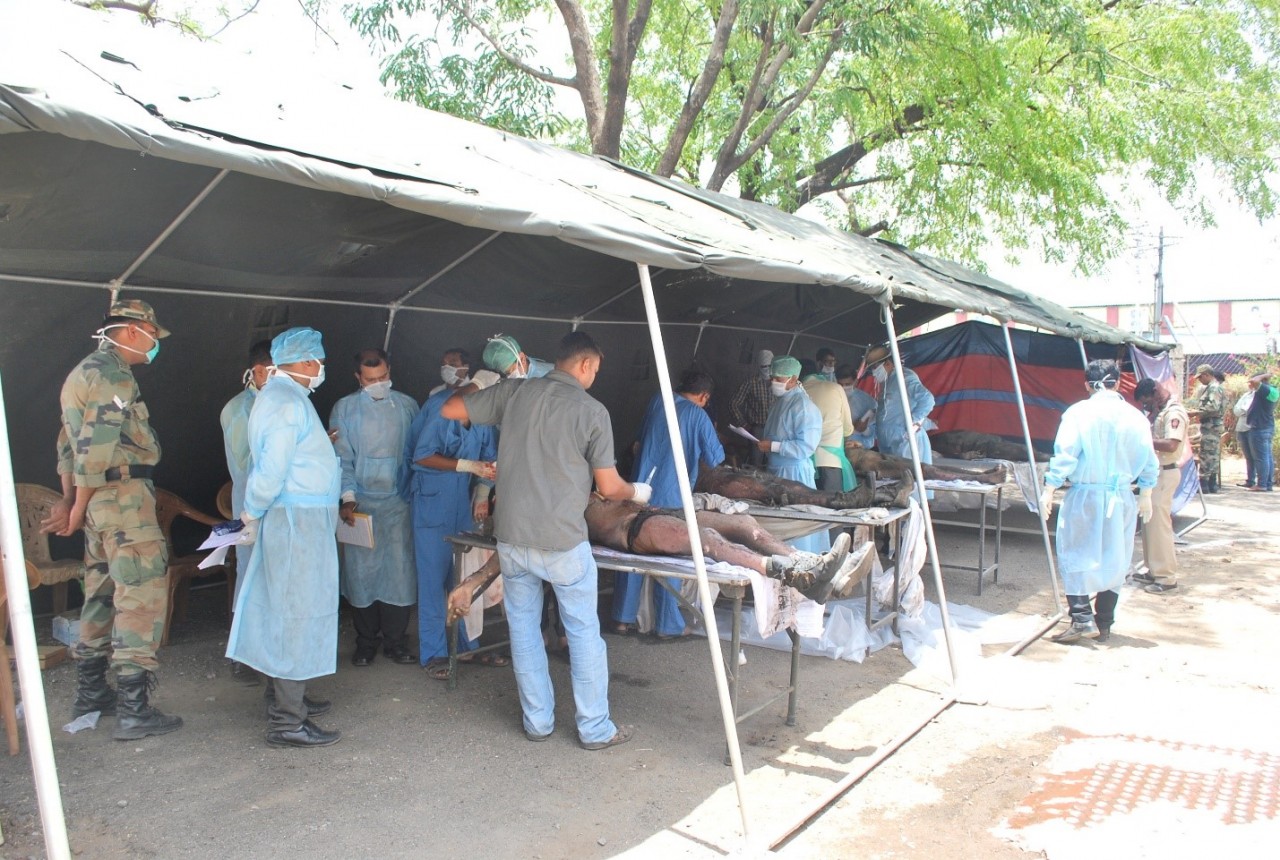 The Central Ammunition Depot (CAD) Pulgaon — located 40 km from Sevagram — is a 7,100-acre facility that houses the largest stockpile of weapons in the country. On May 30, during the wee hours of the morning, a massive fire broke out in one of the nine sheds of the southern sector of the CAD. The night sky quickly turned red and yellow and appeared like a fireball. The fire ignited the ammunition and blew up roughly 130 tonnes of ammunition causing an explosion that claimed two officers, four defence security corps jawans and 13 defence civilian firefighters.

By the time the fire was brought under control around 6 am, the authorities had also evacuated people from neighbouring villages, where the impact of the explosions set off by the fire was visible in cracked houses and debris scattered from the depot.

Thousands of people in close proximity to CAD had heard the the deafening blasts. MGIMS was asked to evaluate if those exposed to the sounds had injured their ears. Dr PS Nagpure, Professor and Head ENT went to the villages close to CAD and his team assessed if they had eardrum injuries, tinnitus or hearing loss, or some combination of these. Tinnitus — a constant ringing in the ears — was the most prevalent condition. Some also complained of hearing loss. “High-energy sound waves from an explosion can damage the ear by destroying nerve cells or ripping through the delicate eardrum,” said Dr Nagpure. “Fortunately, small holes in the eardrum and tinnitus resolves on its own,” he added.

Dr Khandekar expressed his grief for the lost lives and said, “We hope that justice and compensation could be given to the martyrs of the motherland”.

Dr Murkey thanked the army officials and Police agencies for giving them an opportunity to serve the motherland. He also thanked the institute for quickly responding to the team and providing all facilities during the visit.