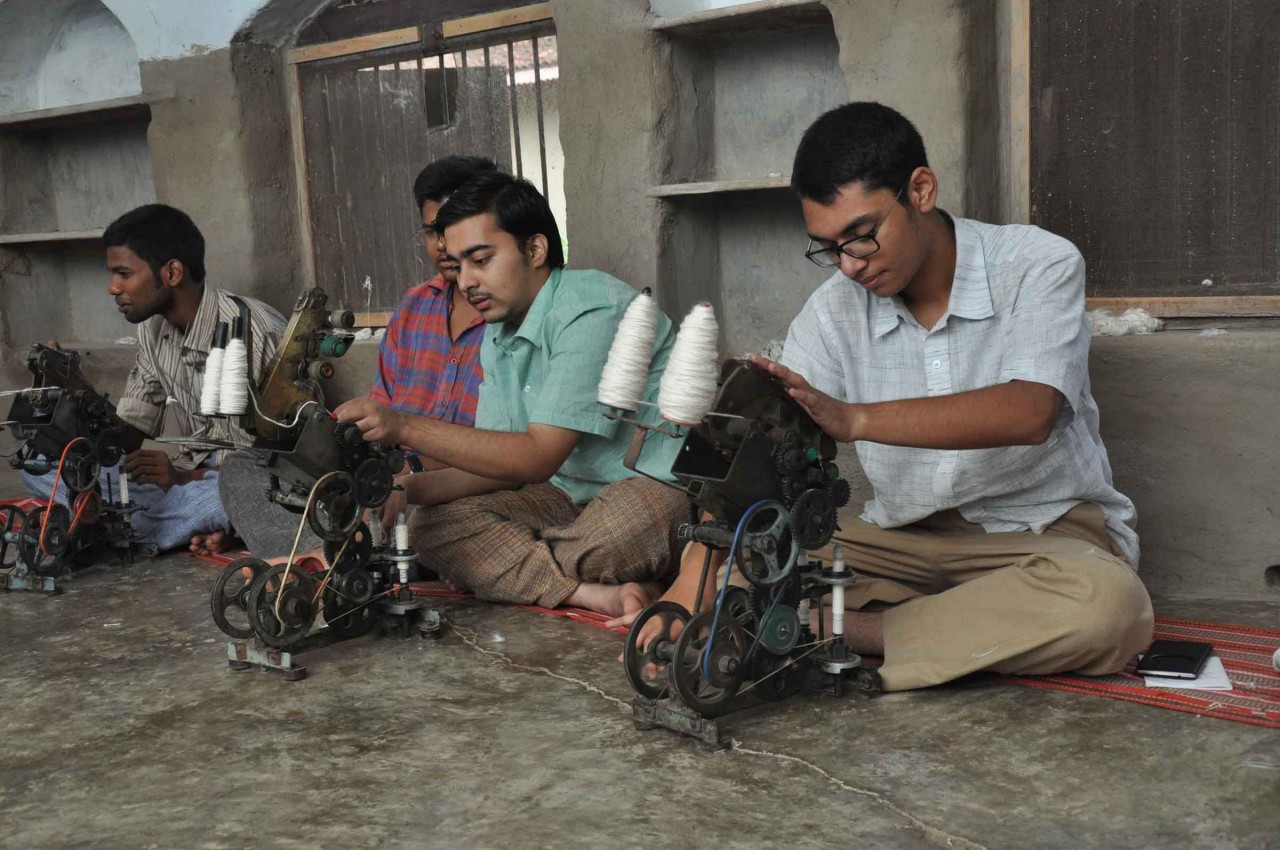 The 48th orientation camp of MGIMS started on 19th September 2016 at Gandhi aashram, Sevagram. The 2016 batch—88 students, with girls outnumbering boys—joined the institute on 17 September and two days later, the entire batch shifted to the Gandhi Ashram. The orientation camp for the batch was inaugurated by the Chief Guest Mr. Shailesh Nawal, District Collector, Wardha. Mr. Dhirubhai Mehta, President of KHS Sewagram presided over the function. The program was attended by the management, the faculty and few parents of the freshers.

The orientation camp for the newly admitted MBBS students to the MGIMS is a unique feature of the institute. Beginning 1969, every year, students spend a fortnight in Gandhi’s ashram to learn the Gandhian values and ideology. The students not only get oriented in Sarvodaya Vichar, the code of conduct of the Institute, nutrition, self-help, spiritual health, nature cure and yoga and shramdan, but also develop a wonderful bond and a sense of camaraderie.

Dean Patond welcomed the guests and explained to the students that Khadi that they were to wear as long as they stayed in Sevagram was not just a cloth but a thought process. “You are honouring the spirit of patriotism that was created by this freedom fabric. You are discharging your social responsibility of helping all the workforce involved in making Khadi garments,” he added. Dr. AM Mehendale, Professor and Head, department of Community Medicine explained to the students what the camp was all about, and the dos and don'ts of the camp. “Twenty five years later, when you will come back for your silver jubilee, he said, “you would go down the memory lane and relive every moment you lived in the hallowed ashram.  “This is an unusual batch, he explained, “The batch represents the entire country, but especially Kerala- with as many as ten students from Kerala in this batch.”

Mr. Dhirubhai Mehta in his presidential address told the institute that they are lucky to have picked up an institute that would turn them into doctors that the society will always be proud of. On this occasion Dr. Berant, presented a ‘Best Institute Trophy’ to Mr. Dhirubhai Mehta for organizing the examination on Gandhi Vichar Sanskar Examination.

Mr. Shailesh Nawal had taken charge of the district only a few months back as the collector.  The young collector immediately struck a chord with the students. He went back to his Delhi days and told how it took time to adjust to Delhi culture but eventually his hard work helped him achieve the goals he had set out for. He picked up the thread the dean had left, and said that once you start wearing khadi not as a compulsion but by choice, you begin to love this cloth, which has history woven in it. He reminded students of Mahatma Gandhi’s famous adage, “For every minute I spin, there is in me the consciousness that I am adding to the nation’s wealth.” I like wearing khadi, for this is a fabric that breaths “warm in Winter, and cool in Summer”, he added. Dr.Abhay Ambilkar, In-charge of the Camp proposed the vote of thanks. Mr.PV Bahulekar compered the program.