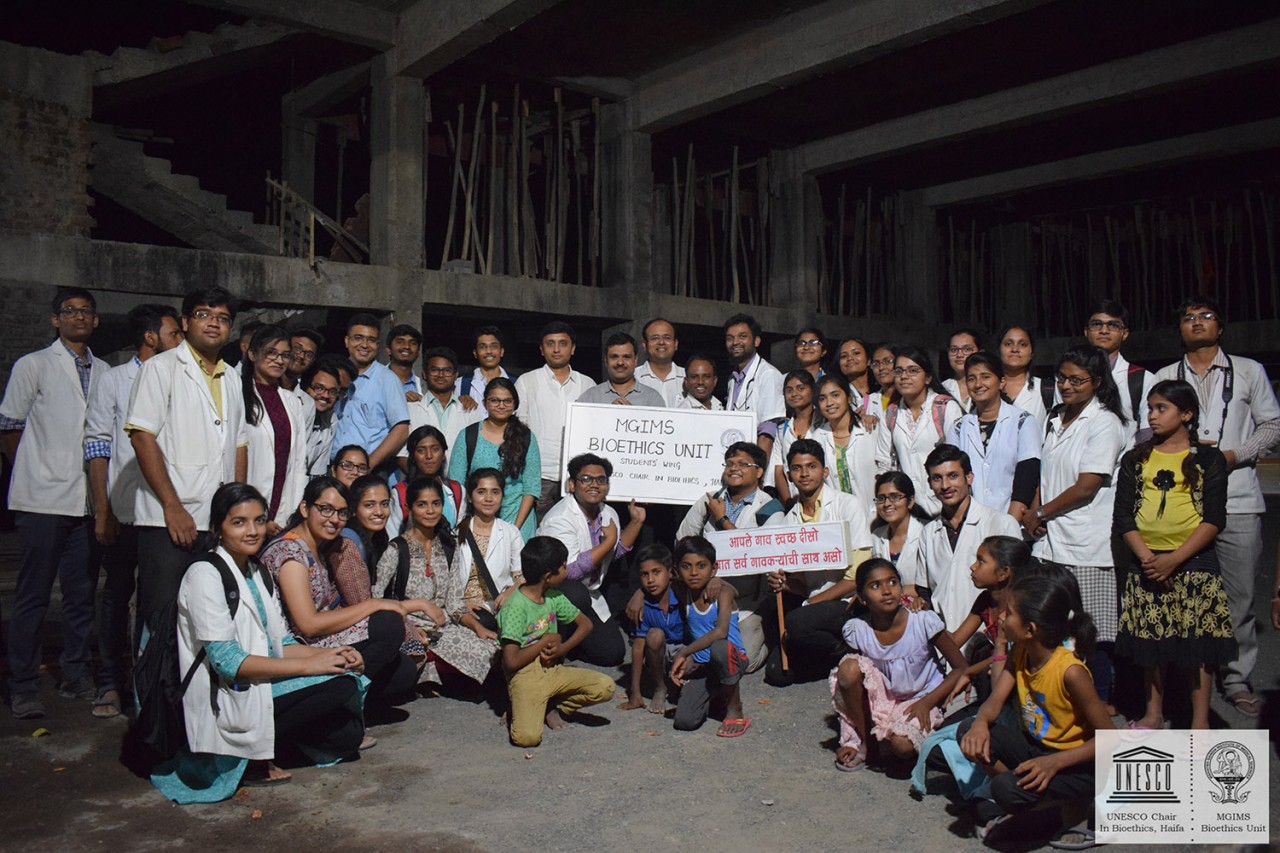 0n 4th April 2018, the Students’ Wing of Bioethics Unit, The UNESCO Chair in Bioethics, Hafia conducted an event called Ek Yudha TB ke Viruddha in the village of Rotha,15 Km from Sevagram.  The team in collaboration with department of community medicine approached the rural population on the occasion of World TB Day which is celebrated worldwide on 24th of March.

Ek YuddhaTB ke Viruddh commenced with a small street play which depicted the stories of two TB patients. The play beautifully highlighted the significance of patient's compliance as well as role of family members in better prognosis of the disease.

"Swaatchta Abhiyaan"- a cleanliness drive followed the play. The students demonstrated cough etiquettes, six steps of handwashing and various other measures which should be taken by the villagers to curb the spread of communicable diseases like tuberculosis. Posters were used to demonstrate the techniques. 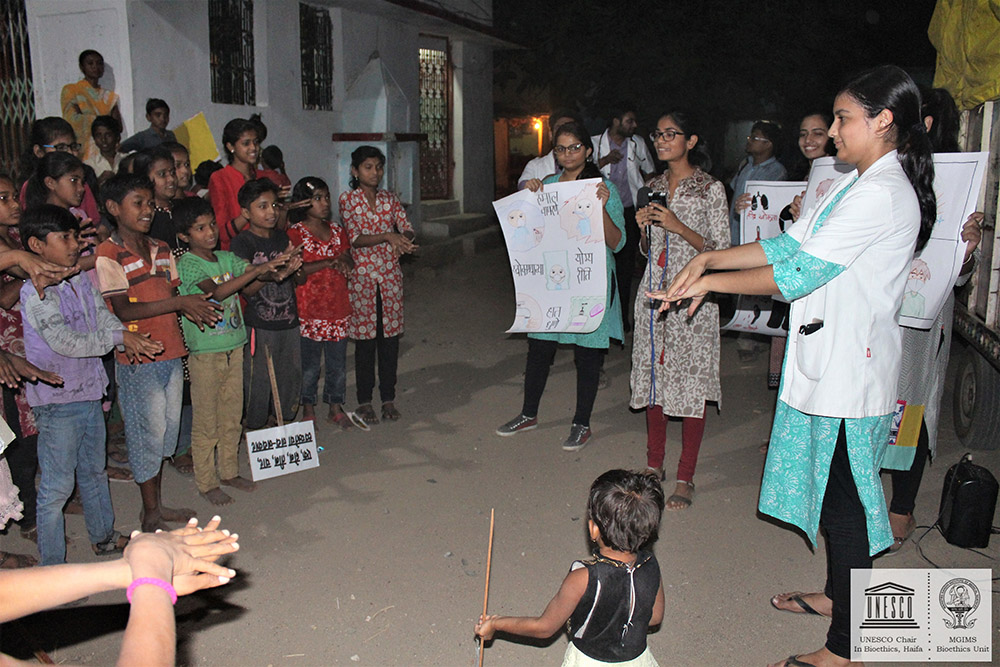 A health talk covering the various aspects of tuberculosis like misconceptions, role of diet in TB, social stigma associated with it was also delivered. "Every year 9 millions get entrapped in the web of tuberculosis; however to stop this deadly disease, we should first reach those 3 millions who are deprived of complete treatment for the same", said Mr A Yadav.

The event was well received by the villagers. Two spectators from the audience stepped forward and narrated the whole event again. Being more equipped with the knowledge now, they also assured to seek medical help in such situation.

A Candle March was carried out where 40 ignited youths of MGIMS along with the small enthusiastic kids of Rotha cried out various slogans(one of which was " DOTS ka course lo saara, TB na hoga Dobara !") as well as displayed posters throughout the village, which emphasized the importance of taking complete DOTS treatment in a case of Tuberculosis despite of the ADRs which they witness and the role of  personal hygiene.We concluded by distrbuting choclates to those kids for their active particpation. 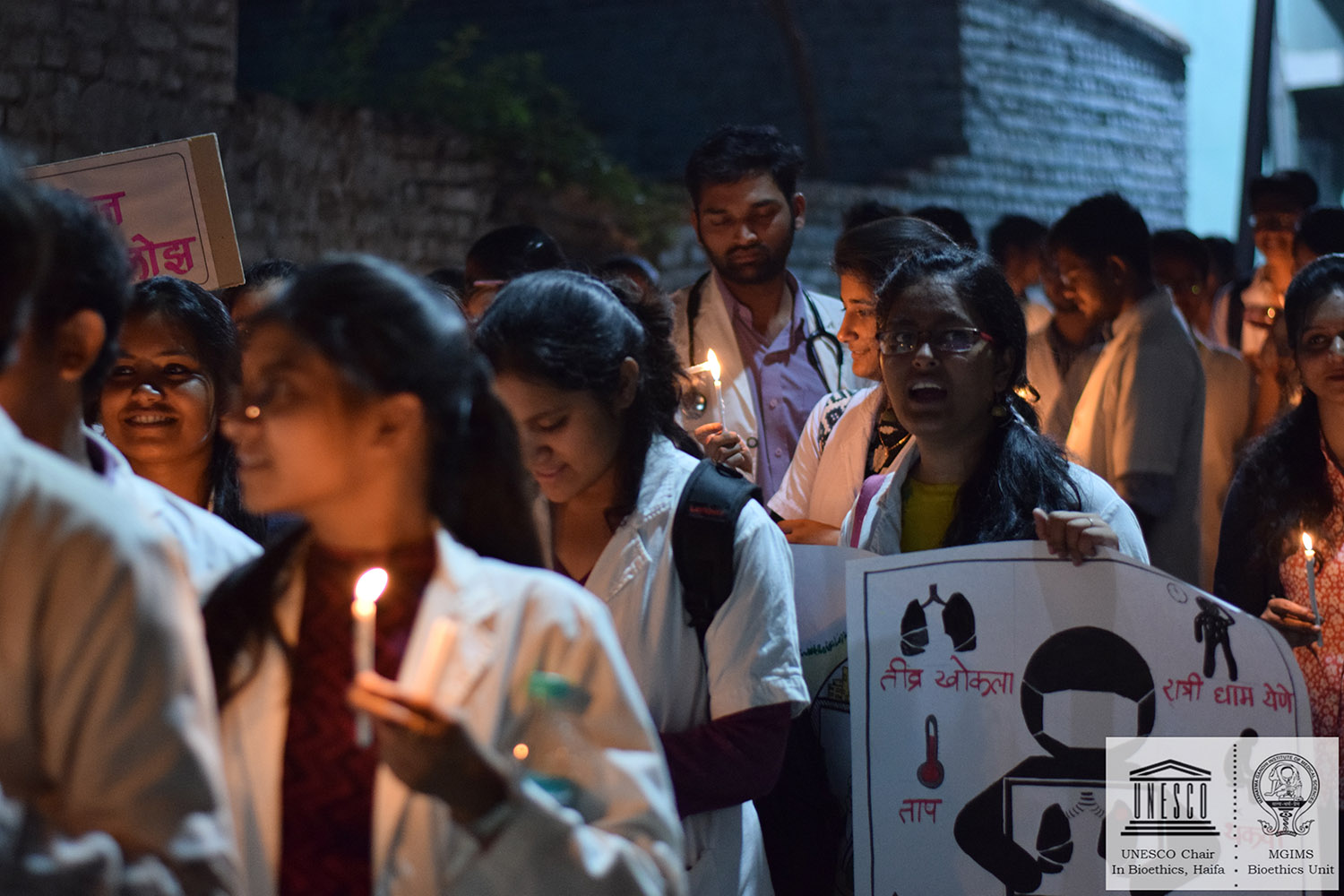 The event was covered by Radio MGIRI 90.4 FM team and it will be broadcasted soon in Sevabhaav programme.