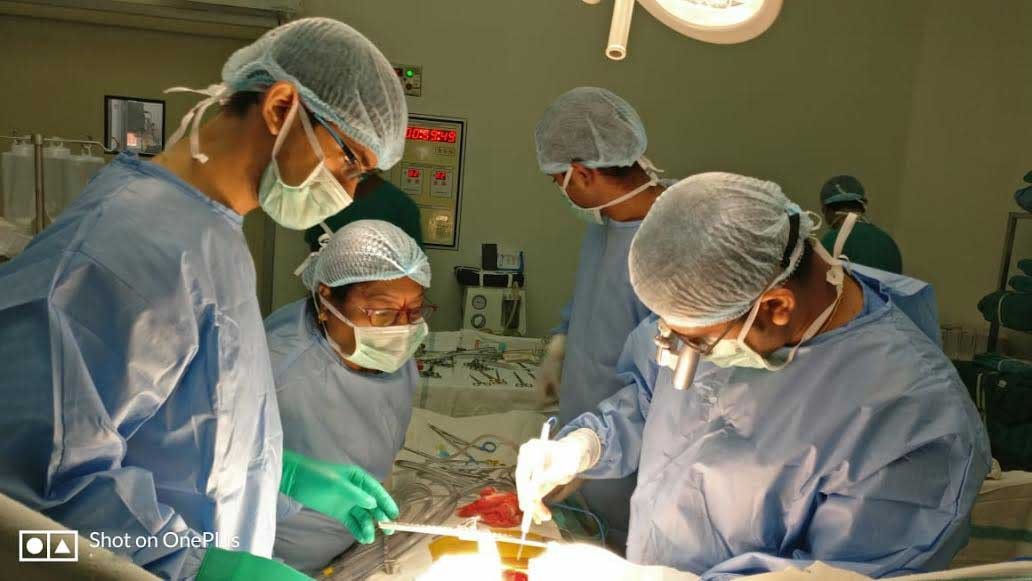 Govind (name changed) a 48-year-old farmer from Sindi in Wardha district was recently detected to have a heart valve that barely opened and another valve that leaked badly. Over the last few weeks, he found it difficult to breathe, could walk only short disturbances and had trouble sleeping. He was not able to tend the farm. His legs began to swell and he found it very difficult to perform his basic day to day activities.

He was admitted to the Kasturba hospital, where he underwent tests to figure out how well his heart was doing. The cardiologist found that his mitral valve was reduced to a slit—it was hardly opening—and the aortic valve was terribly leaky. His heart was beating faster and irregularly and fluid had begun to build up in his lungs.

He needed a quick open heart surgery to have his problems fixed. He agreed to undergo the heart operation on September 4.

Dr Pohekar said, “It was gratifying to replace diseased heart valves and give a new lease of life to the patient. During surgery, I found that his mitral valve looked almost like the mouth of a fish, barely opening and just wide enough to permit turbulent flow of blood across the two chambers of the heart. I am sure this patient would be able to walk long distances and perform his professional work with an intensity he had not thought of.”

Expressing his joy, Dr SP Kalantri, the medical superintendent of the hospital said,” Now that the hospital has added divisions of cardiology and cardiac surgery, we shall be able to treat more patients with problems related to heart. This hospital was built to offer medical facilities to the patients that are affordable, appropriate and are back by science. We are committed to treat our patients with compassion, integrity and honesty, blending the best of art and science of medicine.”

“We had almost given up. This operation has opened new doors in my father’s life. Now we expect him to live longer and better,” said the patient’s son who was waiting outside the operating room with fear and trepidation- replaced by visible sense of gratitude in his eyes as he spoke.

There was another reason for the patient to breathe easy. He was enrolled in the Mahatma Jyotiba Phule Jan Arogya Yojana, a government run health insurance scheme that offers free treatment to poor patients in Maharashtra, and thus was spared of the catastrophic financial burden that major heart surgeries are associated with. A reason for double celebrations!