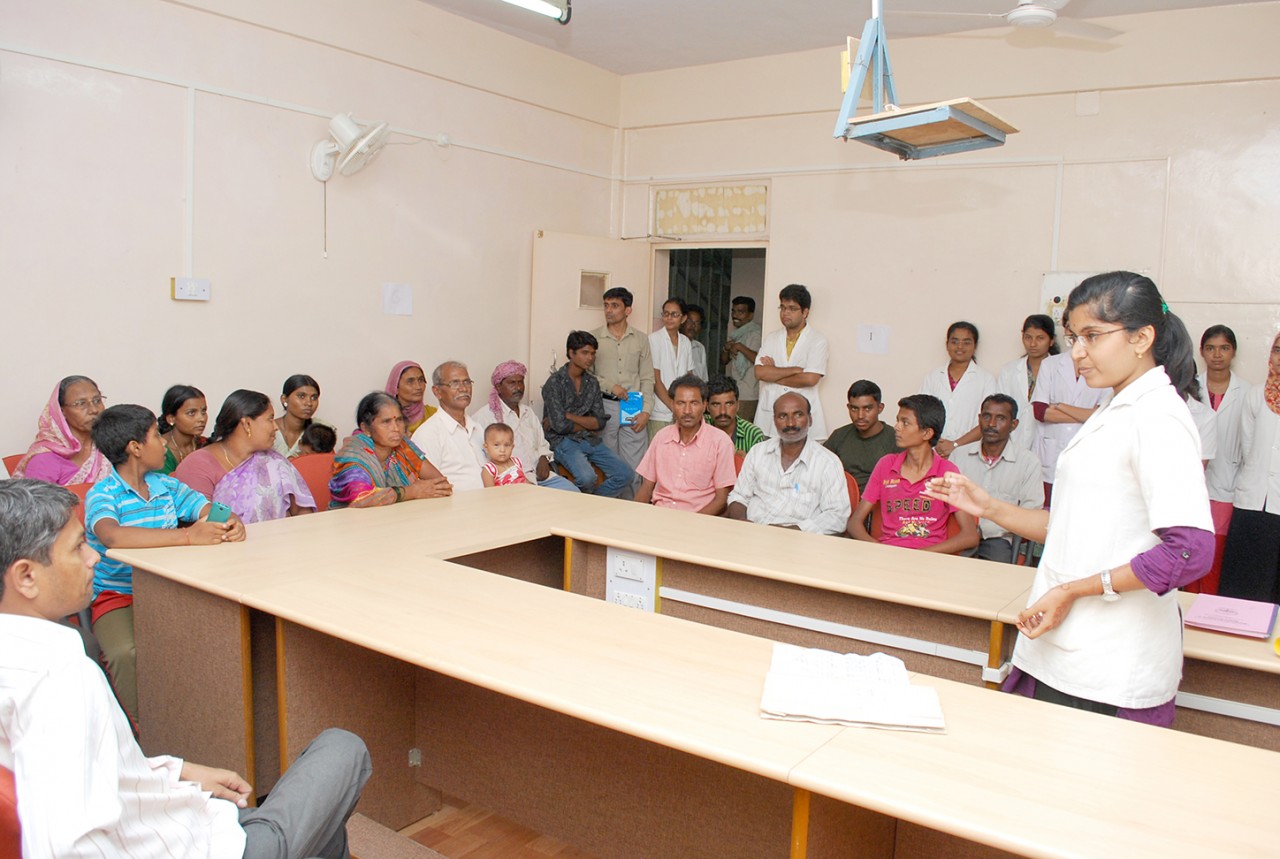 The Department of Psychiatry at Mahatma Gandhi Institute of Medical Sciences (MGIMS), Sevagram has launched an alcohol and tobacco awareness activity on the campus. About 5500 young people initiate use of tobacco every day, close to 11 crore people in India smoke, and each year nearly 1 million die from smoking. India is also a home to 63 million drinkers, a fifth of them addicted to alcohol. Alcohol dependence severely impacts the functions of liver, heart and brain besides tearing apart the personal, occupational and social fabric of the people who abuse alcohol. Similarly, tobacco- a leading cause of heart attacks, strokes and cancers- cuts many a promising lives short.

Alcohol— illicitly made Country liquor, Whisky, Rum, Gin, and Brandy— is heavily consumed in the urban as well as the rural population in Vidarbha. Each year, the Sevagram hospital admits thousands of patients with liver diseases, heart attacks and cancers caused by alcohol and tobacco. Many of them die. Medical students, during their teaching sessions in the hospital wards, hear agonizing stories from tear-filled spouses and patients desperately trying to cope with tobacco and alcohol-associated diseases. Therefore, the hospital designed a novel solution by engaging them to talk to the patients and their relatives about health hazards of tobacco and alcohol. Under the guidance of Dr Dharav Shah, medical students from 2013 batch (Vidit Panchal, Sarang Bombatkar, Sahitya Rao, Akshay Yadav, Prathmesh) and 2014 batch (Himangi Kori, Anurathi Rajput, Shruthi Loudiya, Savitri Devi, Anushri Aglawe, Shri Nidhi Datar, Soujanya Gadhe, Girisha Rao, Anvita Ugalmugle, Sonika Kumara, Devashree Holi, Harshita Motwani, Tejaswini Mundare, Esha Mitra, Soumya Anand, Shiva Karthikeyan) have teamed up to reduce the burden of addiction in the society. Over a month, they plan to reach out to close to 1000 inpatients and their relatives in the Kasturba hospital and shall try to unhook people from three types of tobacco abuse—cigarette smoking, bidi smoking, and use of chewing tobacco. They will tell them why tobacco and alcohol are bad, how addictive they can be, and what should they do to get rid of the addictions. They shall talk with people preoccupied with drinking, those unable to cut down drinking and smoking, and those facing major occupational, social and family problems because of addictions.  They shall also destroy the myths and misconceptions.

“There are a lot of misleading advertisements and misconceptions that tempt youngsters to try out tobacco and alcohol. They are naive and impressionable and fall an easy prey to the peer pressure. Smoking kills five-and-half million Indians every year- the very reason the medical profession must work with all stakeholders in keeping children from smoking and encouraging smokers to quit. Quitting smoking and drinking is the single most important step smokers, or drinkers can take to improve the length and quality of their life. "Getting rid of tobacco and alcohol dependence can be tough, “agrees Dr. Dharav Shah, assistant professor of Psychiatry at MGIMS. He has been working on educating the younger generation about alcohol and tobacco dependence for more than five years now. But he is optimistic, “smokers and drinkers may have a much better chance of quitting with a support program.” He wants to enroll as many people in the program as he can so that they reach out to the target population to reduce the burden of addiction in the society”. Dr. KK Mishra, the Head of Department of Psychiatry said, “This campaign is a novel way to reinforce a prevention programming in the community by involving the so-called prone generation of students in it." He also urged people to join and share this dream of an addiction-free, healthy, and happy society.