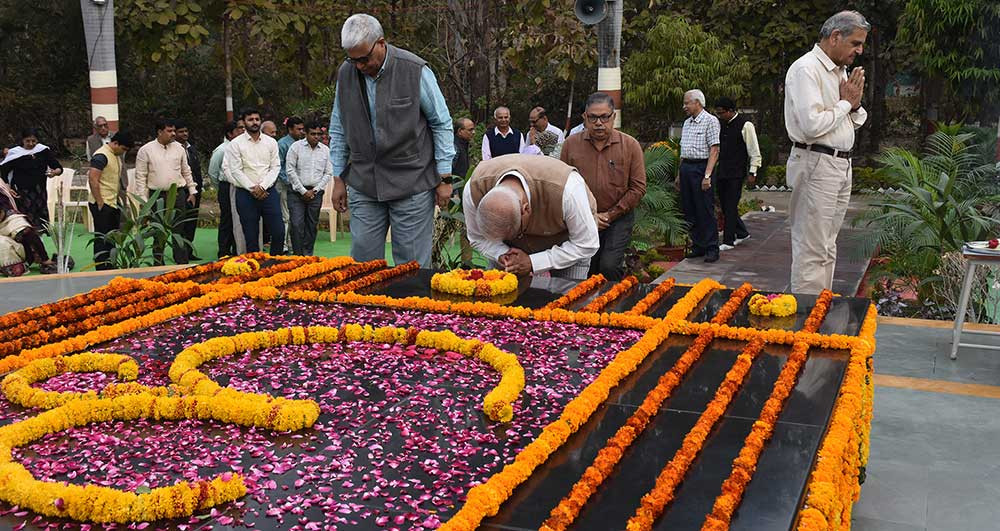 On 3 January 2023, Mahatma Gandhi Institute of Medical Sciences, Sevagram paid tribute to late Dr Sushila Nayar—the founder-director of Mahatma Gandhi Institute of Medical Sciences—on her 23rd death anniversary. Faculty, staff, students, nurses, paramedics and health professionals of the institute paid floral tributes and offered their prayers at her memorial at Maatru-Sthal. A large number of admirers paid homage to her by bowing with folded hands at her memorial and performing a parikrama (circumambulation) around it. To mark the occasion, an all-religion prayer was organised. The audience recited the last 19 verses from the second chapter of Shrimad Bhagwad Gita and sang hymns from the Upanishad, Quran, Japji Sahib, and Bible.

Affectionately known as ‘Badi Behenji’, Dr Sushila Nayar had touched many lives. Whenever she was in Sevagram—between 1969 and 2000—Dr Sushila Nayar would make a point of participating in the Friday evening prayers. After the prayer, she would enthral the audience with her advice based on spirituality. On her 23rd death anniversary, the audience heard her majestic voice, recorded on tape summoning people to accept the virtues of life and death.