MGIMS Doctors save a pregnant woman from jaws of death 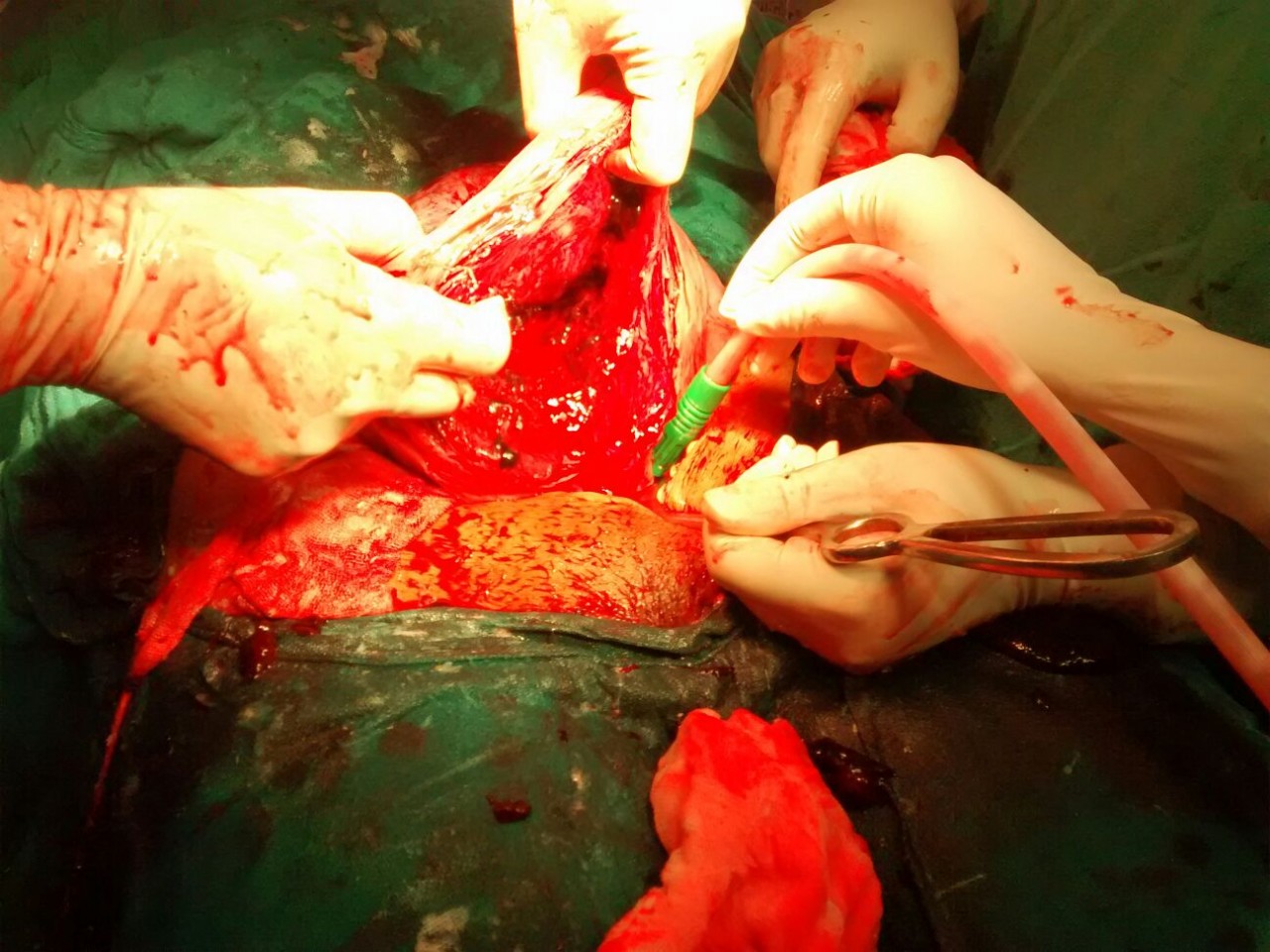 On 13th October, early in the morning when the labor room of the hospital is buzzing with a plethora of activities, Nafisa (name changed), a 24-year-old woman from Arvi arrived in Kasturba hospital. Third time pregnant, and carrying a nine-month-old baby in her womb, she suddenly became very ill in the middle of the night. She went to a public health facility at Arvi, a town located 60 km North of Sevagram. An ambulance took her to a nearby civil hospital, who in turn promptly directed her to Kasturba Hospital, Sevagram. She was wheeled directly to the labor room of Kasturba Hospital, Sevagram.

On arrival, Nafisa was cold. She had no blood pressure and was gasping for breath. Her eyes looked ghastly pale. Her abdomen was overdistended and tense- indicating that either her placenta had separated from the uterus or the scar of the previous cesarean section had given way. The baby had already died in her womb when she came to the hospital.

The obstetricians knew that Nafisa had bled a lot in her belly. She needed a lifesaving surgery to save her from dying. Within minutes, the team moved her into the operation theater. The team of anesthetists, obstetricians, and nurses set out to give their best effort to save Nafisa who looked as if she was about to breath her last.

Every minute was crucial. The anesthesiologists put her to sleep, and the obstetrician quickly opened her belly and incised the uterus. A huge blood clot made of estimated four liters of blood had filled the abdomen. It was an ominous sight. The patient had lost almost all her blood and had collapsed. The residents rushed to the blood bank, grabbed blood bags, fresh frozen plasma, and platelets and ran back to the operating room.  It took ten units of blood, several bags of plasma and platelets to get back her blood pressure. Her uterus, barely contracting, required to be off to stop her bleeding. The obstetricians did a quick consult and did so- quickly and efficiently.

It took collective efforts and wisdom of a team that comprised of obstetricians, anaesthesiologists, intensivists, physicians, nurses, residents and interns to work together, and think outside the box to get her back to life. Thankfully, the team was able to snatch life from the tightening jaws of death. Nafisa is on the way to recovery, now.

Dr. SurekhaTayade, Professor of Obstetrics, led the team for the emergency operation. She said, “Never give up. It's like breathing—once you quit, your flame dies, letting total darkness extinguish every last gasp of hope". Dr. Dhiraj Bhandari, the intensivist, and the anesthesiologist seemed very satisfied with the outcome, “When it goes beautifully, it's like a symphony, with everybody playing their part.We evolved from the world where the operating theater — we called it a theater — was a stage for the surgeon. Now it is a stage for an entire team of people to work in sync,” he quoted Dr Atul Gawande’s famous line.

"Medical emergencies are often very complex. There are a thousand ways things can go wrong and it requires a team work to get things right,” said Dr SP Kalantri, Professor of Medicine and the Medical Superintendent of the hospital. And that is what the team of doctors did. They did not give up, they struggled and tried hard till they came out winners. They have every reason to be happy- the trophy in their hands is nothing less than Nafisa’s life.