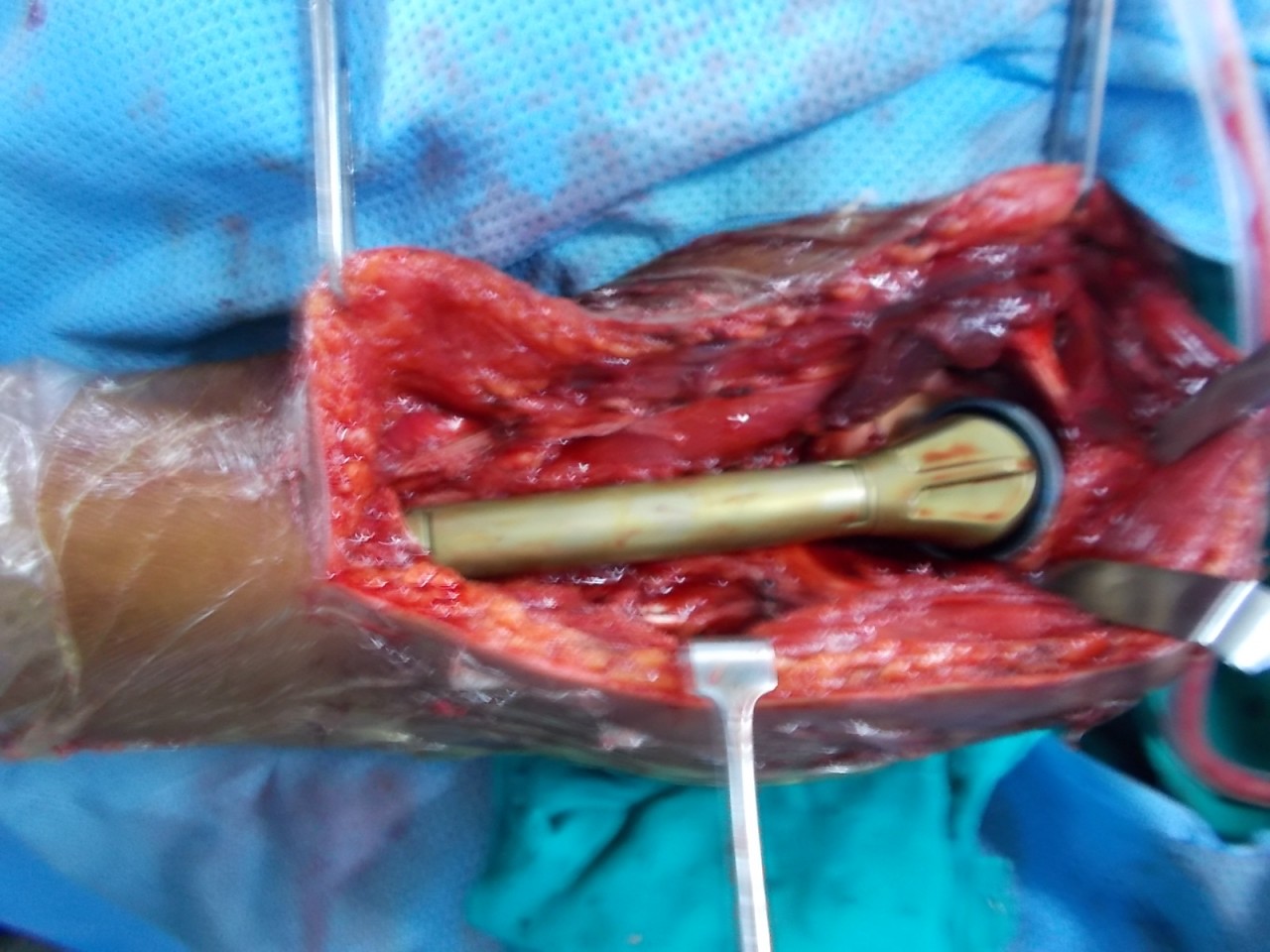 A 42 year old male was recently operated by a team of orthopedicians at Kasturba Hospital, Sevagram where he was brought with a rare case of giant cell tumor over his left shoulder.

On 9th December, Santosh (name changed) came to the hospital with pain and swelling over his left shoulder and arm. After going through the investigations, he was confirmed to be suffering from giant cell tumor involving proximal humerus. Without waiting any further, he was wheeled to the operation theatre where a team of doctors including orthopedicians, anesthesiologists, residents and nurses attended him. As the lesion was in early stage, the orthopedicians opted for the best and latest possible modality. A tumor sized approximately 14 cms of proximal humerus was excised and the reconstruction of the tissue was done with custom made prosthesis of titanium.

Dr KR Patond, Director Professor, Department of Orthopedics and Dean MGIMS told, “The chances of recurrence of the tumor are very less as the tumor was removed totally along with an envelope of soft tissue under vision. The patient is expected to have a functional range of movement.”

Dr CM Badole, Head of Department of Orthopedics expressed his satisfaction after the surgery was successful and said, “ Besides making a life better, such rare surgeries also aid to the learning of budding orthopedicians. We shall be happy to seek such opportunities in future as well”.