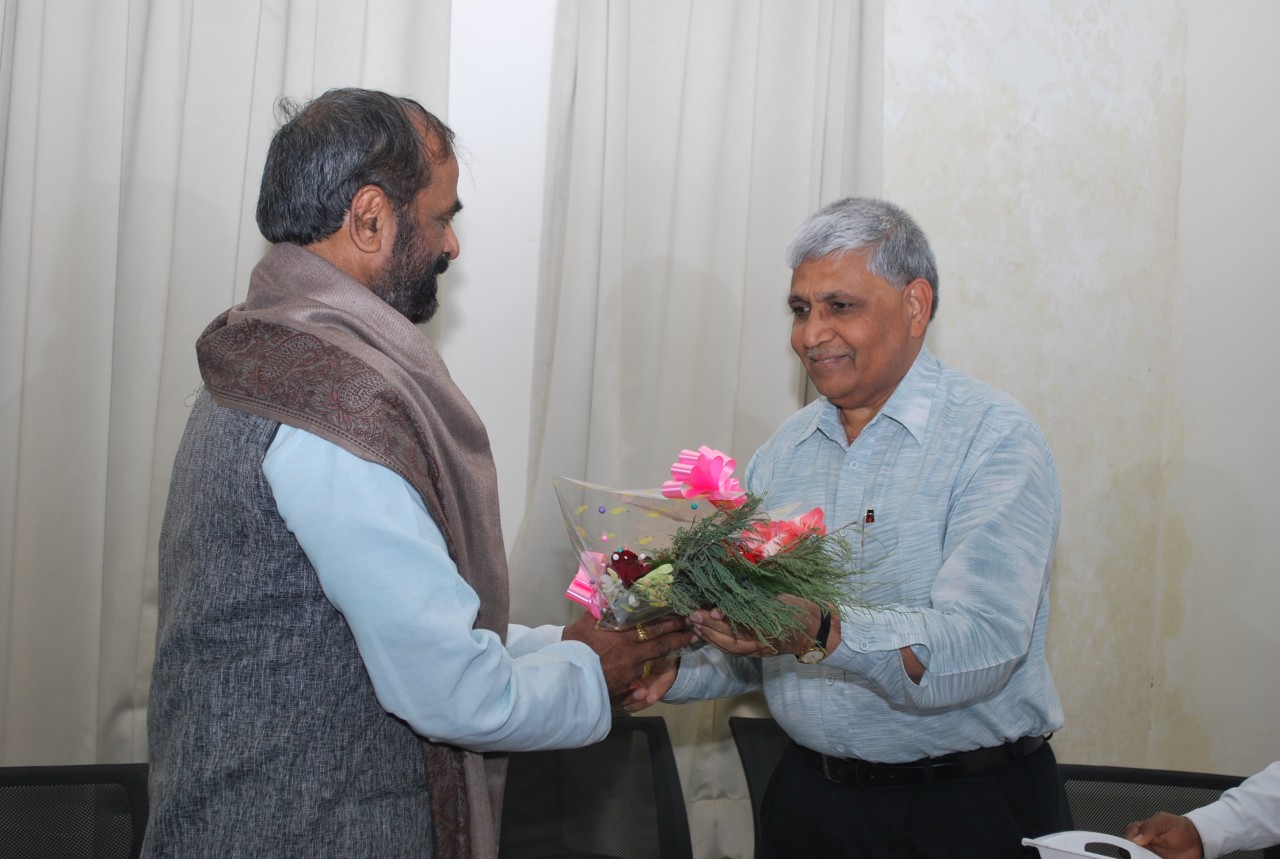 Mr Hansraj Gangaram Ahir, Hon'ble Minister of State for Chemicals and Fertilizers came to Mahatma Gandhi Institute of Medical Sciences on February 1, 2016.  Known for his commitment to the widespread availability of generic drugs, he lent a patient ear to the presentations from MGIMS.

Dr SP Kalantri, Director Professor of Medicine and Medical Superintendent of the hospital, explained what generic drugs are, and what they are not. He explained the reasons for doctor prescribing brand named drugs, and how prescribing low-cost generic drugs could bring down the cost of healthcare significantly. He also said that if Jan Aushadhi Medical stores in the country are to survive they must expand the basket of drugs, make them incessantly available and go beyond public sector units for procuring these drugs. Dr Kalantri also presented data on medical devices (stents, cardiac valves, eye lenses, orthopaedic implants) and urged that the government must regulate their prices.

Dr Ulhas Jajoo, Director- Professor of Medicine pleaded that private sector must be monitored and regulated. Doctors must prescribe drugs by their generic names, and the government must ensure that drugs are not only available in these stores, but they are also periodically checked for their safety and efficacy.

Mr Hansraj Ahir said that the government is set to expand the coverage of its Jan Aushadhi scheme. It will offer 439 life-saving medicines, including cancer and cardiovascular drugs, as well as 250 medical devices like stents and implants at 40-50% discounted prices. The department of pharmaceuticals plans to open 300 Jan Aushadhi stores across the country by March and another 3,000 by 2017. The nodal agency - Bureau of Pharma Public Sector Undertakings of India (BPPI)- has been asked to implement this project.

"We are determined to regulate the device industry under the Draft National Medical Device Policy. We have created an autonomous body — the National Medical Devices Authority (NDMA) — pricing control for medical devices by including them under the Essential Commodities Act. We are designing plans aimed at strengthening the Make in India drive by reducing dependence on imports and setting up a strong base for medical devices, especially those with critical implications in terms of affordability and availability of patients", he added.

Mr. Ahir visited the MGIMS medical store and was happy to learn that patients are getting drugs at a fraction of the cost of the market price. 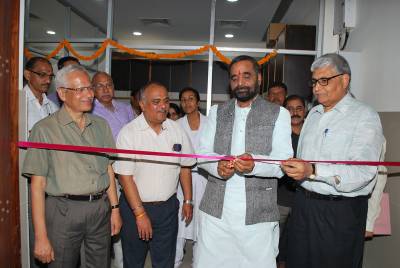 Mr Ahir also inaugurated the fully functional advanced Linear Accelerator unit that the Department of Radiotherapy has recently acquired. Dr Virendra Vyas, Head of the Radiotherapy Department explained that Conformal radiotherapy uses computers and radiotherapy machines to shape the high dose of radiotherapy closely around the tumour. This machine would give a high-energy radiation to shrink tumours and kill cancer cells while reducing radiation damage to healthy body tissues and organs. “The Intensity-modulated radiation therapy (IMRT) that the department is offering is a new technology in radiation oncology that delivers radiation more precisely to the tumour while relatively sparing the surrounding normal tissues, “he said. “Now we shall use an advanced technique which allows our treatment team to spare more of the patient’s healthy cells from the effects of radiation, and also permits us to give the full, or higher doses of radiation to cancer. In particular, we should be able to offer highly effective radiation to patients with head and neck cancer, breast cancer, and prostate cancer", he added.

Mr. Ahir hoped that the new equipment will offer affordable, safer and efficient radiation to victims of cancer and applauded the commitment of the hospital for strengthening cancer care by introducing highly advanced equipment in the hospital.  “That the institute is planning to offer this therapy at a substantially lower cost is indeed a laudable step,” he said.

Dr BS Garg, Secretary Kasturba Health Society, along with the entire team of MGIMS thanked Mr Hansraj Ahir for his gracious visit to know the drug movement carried out in the hospital and also for inaugurating the robust radiotherapy machine. Dr SP Kalantri, Medical Superintendent, Kasturba Hospital congratulated Mr Ahir for his magnificent revolution brought in the field of generic drugs and also generously thanked Mr Ashustosh Salil, Collector Wardha for being the part of the meeting.