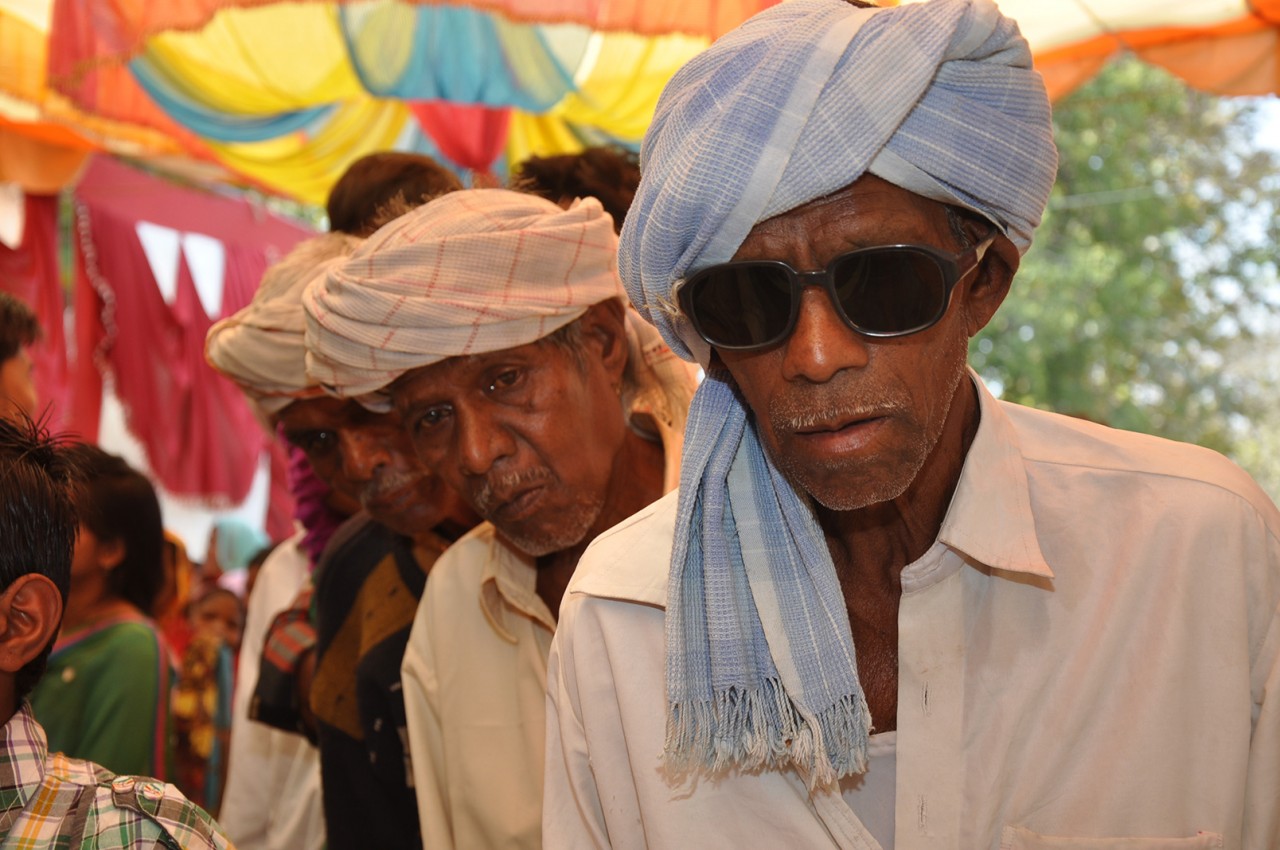 On February 5 and 6, a multispecialty diagnostic and therapeutic health camp was organised at the newly constructed Dr Sushila Nayar Hospital at Utawali village in the Dharni tehsil of Amravati district. Mr Prabhudas Bhilawekar, MLA from Melghat Assembly Constituency, Mr Sadashivrao Khadke and Mr Shyam Gangrade (President and Secretary of the BJP Melghat region respectively) graced the blessing ceremony. Mr. Dhirubhai Mehta and Dr BS Garg (President and Secretary of Kasturba Health Society, Sevagram respectively), Dr KR Patond (Dean, MGIMS) and Dr S Chhabra (Officer on special duty from MGIMS) welcomed the guests. A team of twenty-five health professionals from different specialties and as many residents and paramedics from Sevagram stayed in the village for three days to diagnose the maladies and ease the pain of the tribal population that made a beeline seek their services. Mr Dnyaneshwar Rajurkar, divisional commissioner of Amravati and Dr Suresh Asole, the district health officer also visited the camp. Dr Raut Civil surgeon Amravati sent his best wishes for the camp.

Mr Prabhudas Bhilawekar said, “All medical colleges in the country should follow this model of selfless service to reach out to the poor and needy patients.” He also complimented Kasturba Health Society for bringing high-quality healthcare in a resource limited setting. “I am happy to see that the Kasturba Health Society is working with the government to reduce the maternal and child mortality”, he added.

Describing the camp as an attempt to serve the needy, Shri Dhirubhai Mehta, President Kasturba Health Society welcomed everyone and said, “These camps help the underprivileged and the needy people of the region who are unable to access services of specialists”. He also narrated the motto of MGIMS and Kasturba Health Society – ‘instead of blaming the darkness, light a candle’.

Over 3000 patients accessed the health services in the camp. The surgeons performed operations on 67 patients and the obstetricians delivered five women (two Caesarean sections) during their stay.

Dr. S Chhabra thanked the administration and health departments of Amravati for the constant support and Shri Brihad Bharatiya Samaj (a Mumbai-based NGO) for funding the hospital. She narrated how her team was able to translate the dream into a reality and how effectively did the team overcome all hurdles. “But for the patience, perseverance and tireless efforts put in by my team, this 50-bed hospital would not have seen the light of the day,” she added. She once again again thanked the guests, Shri Dhirubhaiji Mehta, Shri Halbeji, and the staff for their constant support and help. The program ended with the national anthem.